Many officially taking office this week 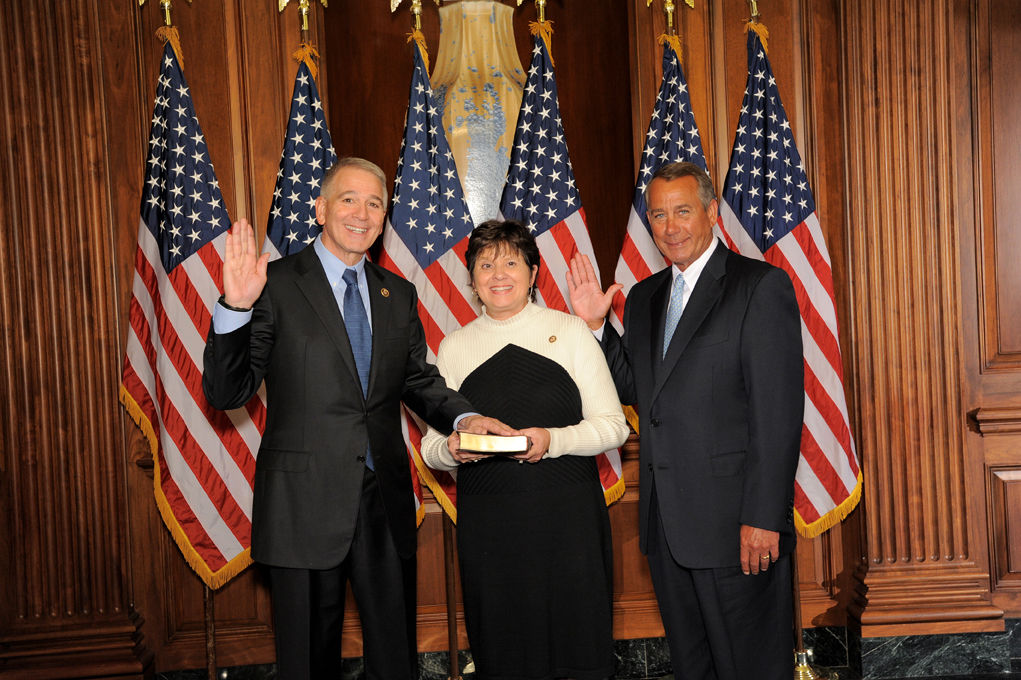 This is a week of inaugurations and swearing-in ceremonies as those elected in the fall prepare to take office.

Days before Wednesday’s inauguration, Bogalusa Mayor Wendy Perrette said the bulk of her time has been spent in planning meetings and working with her transition team.

Perrette said meetings are planned with department heads on Thursday. She said she has met with Police Chief Joe Culpepper.

“I want to see if we can have a more pro-active police department,” Perrette said. I will sit down with my staff this week and begin implementation of different things.”

Perrette said she and her team have studied many city contracts.

“We’re working on rewriting some contracts. We’ve met with union representatives and we have a new computer system going on. I’ve talked grant funding with the F.A.A. I want to make sure we have all the millages that up for renewal on the books. “

Bogalusa’s first female mayor said she is still excited about the position. She succeeded Charles Mizell.

“I’m still very excited about the job,” Perrette said. “I’m not feeling overwhelmed. I feel like I have a good team working with me. I’m meeting with general public this week and anyone who has complaints.”

Nationally, U.S. Congressman Ralph Abraham, R-Alto, was sworn in on Tuesday at the Capitol. He represents the Fifth District. Also sworn in was Sen. Bill Cassidy, who defeated incumbent Mary Landrieu in the December runoff.

In Washington, D.C., Abraham said Tuesday’s frigid temperatures in the nation’s capitol will taking some getting used to.

“It’s supposed to be 14 degrees tonight. For a Louisiana country boy, that is not what I’m used to,” Abraham said.

The new congressman was officially sworn in Tuesday. He participated in a ceremonial swearing in Tuesday night in the office of the Speaker of the House John Boehner.

A total of 247 Republicans will serve in the 114th Congress. It’s the largest Republican majority since 1929. Republicans also control the Senate with 54 seats. Abraham also joined 216, or 53 percent, of voting members in re-electing Boehner as speaker of the House.

“More now than in the last several decades we’ll use our majority as leverage to enact more bills and policies to move this country forward,” Abraham said. “We’re ready to do business for this country.”

Abraham will serve on the Veteran’s Affairs and Agriculture committees.

“Veterans are near and dear to me. I’m a veteran,” Abraham said. “The Fifth District has the largest row crop in the nation.”

Warren Montgomery, the new District Attorney for Washington and St. Tammany parishes, is slated to be officially sworn in at 10 a.m. on Jan. 12 in his hometown of Covington. He takes over the office for Covington’s Walter Reed, who is mired in a myriad of investigations for corruption and did not seek re-election.