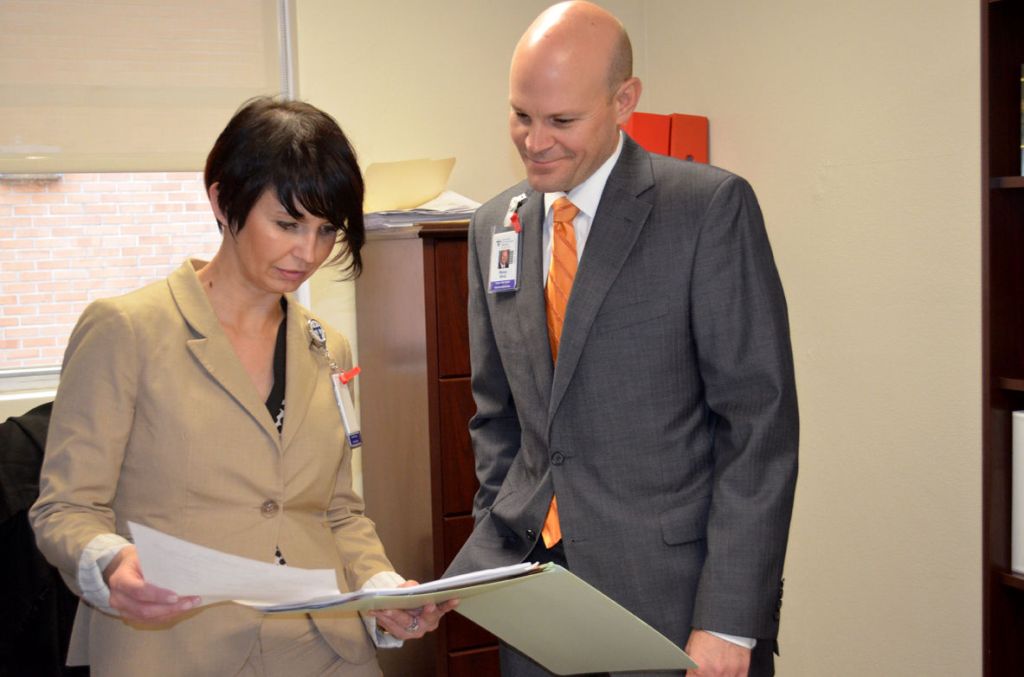 Rene Ragas quietly goes about his business leading Bogalusa’s Our Lady of the Angels Hospital.

The 40-year-old Ragas came to Bogalusa on May 29 as the chief executive officer. On Dec. 22, the title of president was added to his resume.

The unassuming Ragas said he is glad the hospital board saw something in him to promote him despite the short time he has been in town.

“I’m really excited to be a part of the community. I think they were waiting to make sure I was a good fit for the community before they offered me the promotion to president,” Ragas said. “I think they’re pleased with our performance and patient outcomes to date. But I am just one small part of a bigger team that includes all of our team members, medical staff, active board of directors and community stakeholders.”

Ragas holds a Bachelor’s of Science degree in pre-medicine from Southeastern Louisiana University and a master’s degree in health administration from Tulane University.

Ragas said a better quality of health care in the area is the ultimate goal.

“I think that we’ve done several things to improve health care here, including new processes and procedures in clinical care. A big example being the addition of our neonatalogy in labor and delivery,” Ragas said. “There’s also a new orthopedic physician. In the area of workforce development, we have started extensive leadership and customer service training for our team members.”

Ragas added the hospital is nearing and end of the first phase of its emergency room expansion project. He said the E.R. will include a new admissions and registration area.

“I just want to credit my team in developing these expansion plans over the last three years, including former and current team members,” Ragas said.

The new administrator said the hospital closely follows its mission.

“As a faith-based facility, we are guided by our mission, which is to care for all of God’s people, especially those most in need.” Ragas said. “Our basic values are service, reverence and love for all of life, joyfulness of spirit, humility and justice.”

Ragas said the hospital treats and employs people from all faiths.

“I hope that all denominations would support our hospital and our mission,” Ragas said. “I want people to know you don’t have to be Catholic to come here or work here.”

Ragas said the hospital is exploring ways to better serve the community.

When Ragas came on board, he said the same old way of doing things was over.

“My message to my team members was we were not going to change the services provided, but instead enhance the services we have and look for new services to bring to the community,” he said.

Ragas said some of those new services on the drawing board include neonatal intensive care, the hospital’s moving to all private rooms in early 2015 and out-patient mental health services.

“We’ll be bringing back the out-patient mental health services in spring of 2015,” Ragas said. “The doctor will start in April. We’ll have the capability to see adult, children and adolescents.”

Ragas said he sees himself putting down roots in the community.

“I really foresee myself spending a lot of years here. I’ve really enjoyed the community and the people I’ve met here and the patients and their families,” Ragas said.

Ragas issued a challenge to the community.

“If you’ve stopped using the hospital in the last decade, I think it would be worth coming back and giving us a try,” Ragas said. “We’re trying to meet the health care needs of Washington Parish and the surrounding areas.”