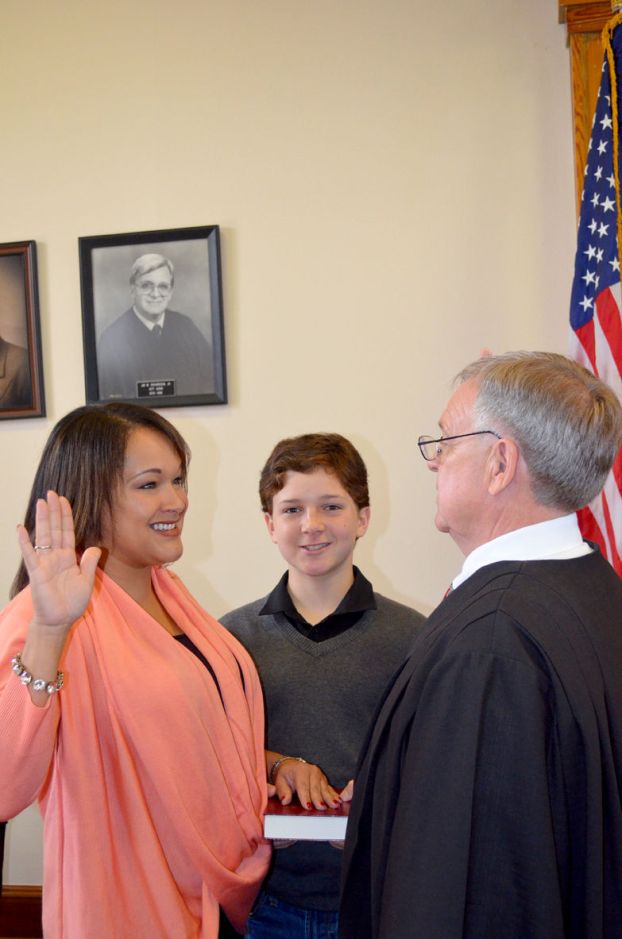 Wendy Perrette was sworn in as Bogalusa mayor, along with the new City Council members, Tuesday afternoon by Judge Robert J. Black at City Hall.

“I’m just excited. I will have an open door policy, working with everyone,” Perrette said. “I’m ready to get to work. I’ve already started, but now it’s official. Now I can go at it full throttle. It’s an honor.”

Perrette will be the first female to serve as Bogalusa’s mayor.

“I’m looking forward to working with the new council,” Perrette said, whose son, Rex, stood by her as Black administered the oath of office. Perrette has served as City Council vice president. “We all share the same vision of moving Bogalusa forward.”

Perrette and the new City Council officially take office on Jan. 1. The inauguration is set for Jan. 7, 2015.

Moss-Smith said she was also eager to start.

“I’m looking forward to taking office,” Moss-Smith said. “I’m ready to serve District B in the City of Bogalusa. I’m so grateful and thankful.”

“In serving the City of Bogalusa, the community and the district, I am really excited about working along with my councilmates, ensuring the best for our individual districts and the community,” Kates said.

City Prosecutor David Merlin Duke was also sworn in for another four-year term.

“As Bogalusa has turned into its second century, I’m exited to be part of the new Bogalusa,” Duke said. “For the first time we have a female mayor, a much more diverse City Council. As city prosecutor, I look forward to working with the mayor and council as well as the police department to ensure the safety of the citizens of Bogalusa.”

The value of family traditions encourages many of us to make them an integral part of our lives. According to... read more