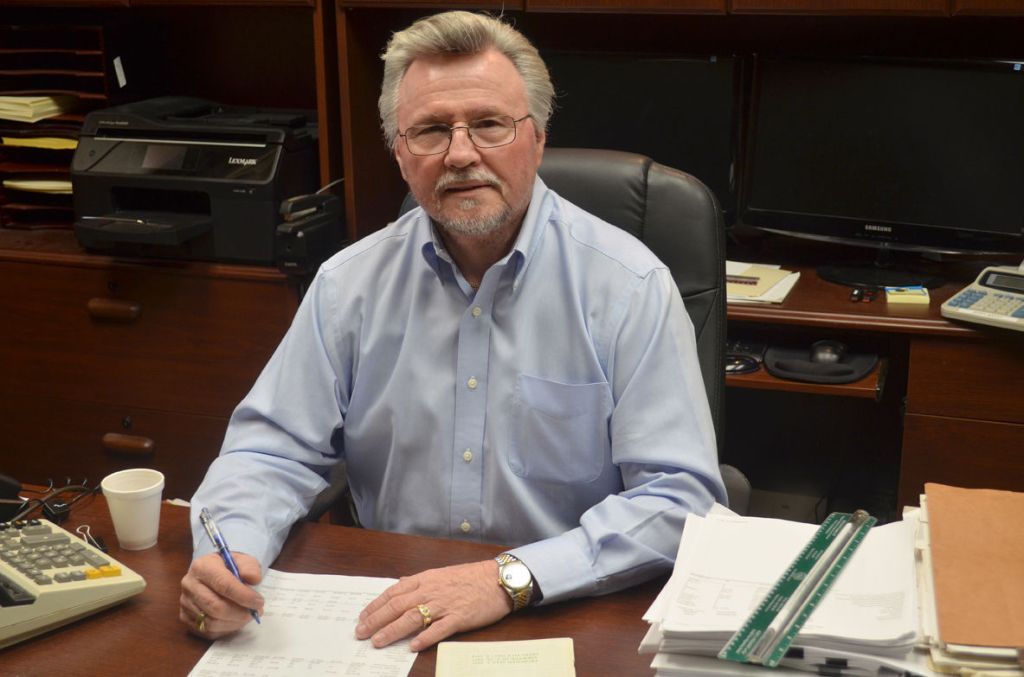 After almost 28 years as the City of Bogalusa’s administrator, Jerry Bailey is feeling good about his impending retirement.

Today is Bailey’s final official day on the job.

“I’m feeling so happy and at ease with this it’s unbelievable,” Bailey said Monday afternoon. “I’ve got so much stress relieved from me. It’s been so hectic over the last few years, so it’s time to go.”

Bailey, 68, said his plans are pretty much set after his retirement.

“I’ve been thinking about all the different things I can do in terms of renovating my house like the ceilings, floors and baseboards,” Bailey said. “I love to play golf, and I love to fish. Me and my fishing buddy will have to get together and do some of that.”

“I’ve loved this job,” Bailey said. “I’ve had the opportunity to meet people from all across Louisiana. I made friends with some mayors and even legislators. I’ve made friends at the Louisiana Municipal Association. I would like to think I had a good feel about operations of local government.”

As far as career highlights are concerned, Bailey said no doubt one of the top was in the 1990s when the city received a top efficiency rating.

“We were looked at by a government management group. The Hammond newspaper reported Bogalusa was ahead of Hammond and other areas,” Bailey said. “We had the best efficiency rating in the group it studied. That made me feel good.”

He said maintaining a good working relationship with other city leaders was enjoyable.

“For the most part, I’m happy to have maintained a good working relationship with the mayor, City Council and department heads, as well as other local officials,” Bailey said.

As the city’s top financial leader, Bailey said he’s had to make some tough decisions regarding terminations.

“It’s not an easy job to make those kinds of decisions,” Bailey said. “Look at the city deficit when it began in 2008. I met with all department heads and decided we’d try and eliminate the deficit without laying people off. We presented a formal plan to eliminate the deficit situation over a five-year period. That was to save some jobs.”

Bailey was proud to point out Bogalusa won five straight cleanest cities contests in judging from officials from around the state. A trophy from the 2011 contest is in his office. Bailey said he wrote the manual the judges used.

Over the years, Bailey was elected president of the Louisiana Tax Administrators in 1996. His seat on the LTA Board of Directors ends today. He has served as President of the Bogalusa Chamber of Commerce and the Rotary Club of Bogalusa. He currently is chairman of the Washington Parish Sales/Use Tax Commission. He is a member of the Association of Governmental Accountants and Government Finance Officers Association.

Bailey credited his eight-person staff for making his job easier.

“I’ve got a great staff, and they have kept me straight,” Bailey said. ”I wouldn’t trade them for anything.”

He and his wife, Ellen, have been married since 1995. They have four biological children, two stepchildren and one adopted child. They have nine grandchildren.

Bailey said he is not ready for the rocking chair.

“I’m not sure if I want to go back to work when I retire from here,” Bailey said. “I’m going to address the home front first. That is pretty much a full-time job there. And I’ll help raise the grandkids.”