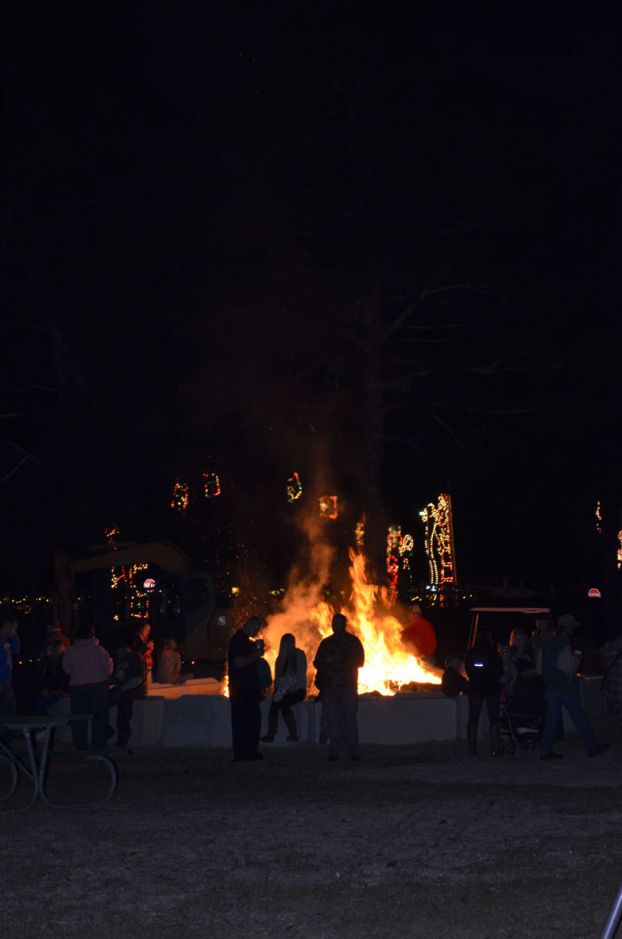 Christmas in the Park attendance down in ‘14

Christmas in the Park Committee President Col. Bob Miller said his group will look for ways to improve the lighting display in Cassidy Park once the season concludes Christmas night.

The event opened on Thanksgiving evening and was open on the weekends of Dec. 5-6 and Dec. 12-13 and opened nightly starting Dec. 15.

The total number of visitors to Christmas in the Park last year was 7,708.

Miller said Wednesday he hoped for a big finish. He said the last two days of the event last year drew 948 visitors.

Miller said there were various reasons for the lower numbers.

“Opening Day for the event was great, but I’ve heard a lot of people say they have gone to the Celebration in the Oaks in New Orleans. They say they’ll try and get to ours before it is over with.”

“We’ve had two nights that we were rained out, including Tuesday. That is pretty significant as far as total attendance is concerned,” Miller said. “It is unusual to have two rainouts.”

The Christmas in the Park Committee spent $15,000 this season for additional Christmas lights.

“The lighting displays this year were the best we’ve ever had,” Miller said.

As usual, Santa Claus was the center of attention. He was stationed by the museums.

“We always have Santa Claus down there. He had a natural beard. Allan Slade was a perfect Santa Claus for us. It was the first time for us to have him. Santa Claus is always the highlight with the kids,” Miller said.

The Christmas in the Park Committee sells raffle tickets to raise funds for the event.

“The committee meets monthly and we’ll talk and see where we can improve on it for next year,” Miller said.

The Rotary Club of Bogalusa was serenaded by the Ben’s Ford Christian School first grade choir at its last meeting... read more