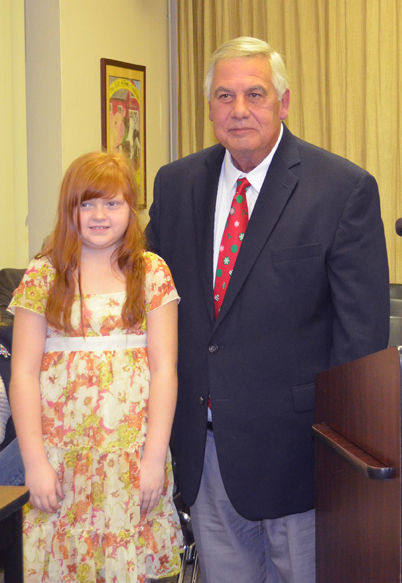 “Beginning Jan. 1, 2015, the Council will take over all power and duties,” Council attorney Wayne Kuhn said. “The only difference is that the Housing Authority’s Board of Commissioners will be dissolved. This is the result of a year-long discussion with Housing and Urban Development. In 1978, Section 8 housing began in Washington Parish with a contract between HUD and the Washington Parish Police Jury.

Kuhn said funding for Housing Authority employees will derive from a self-sufficient account.

An ordinance was introduced to grant Cleco Power a non-exclusive franchise to do business within the unincorporated area of the parish for distributing electricity. The renewal agreement is for 25 years. The ordinance has been tabled since October. The parish government added the franchise fee to the ordinance. The proposed ordinance will have public discussion and face a vote at the next meeting on Jan. 12.

In personnel moves, the Council:

• Reappointed David Miller to another three-year term on the Washington Parish Tourism Commission;

• Reappointed Washington Parish Fire District No. 3 Board President Justin Porche and Dudley Nielson to the board.

During his report, Washington Parish Director of Public Works Leo Lucchesi said 26 miles of parish roads were blacktopped this year.

Lucchesi also said 95 percent of the concrete walking trail at Poole’s Bluff is complete. A fishing pier at the Pearl River Nature Park is in the works, and materials for the project are slated to be delivered in mid-January.