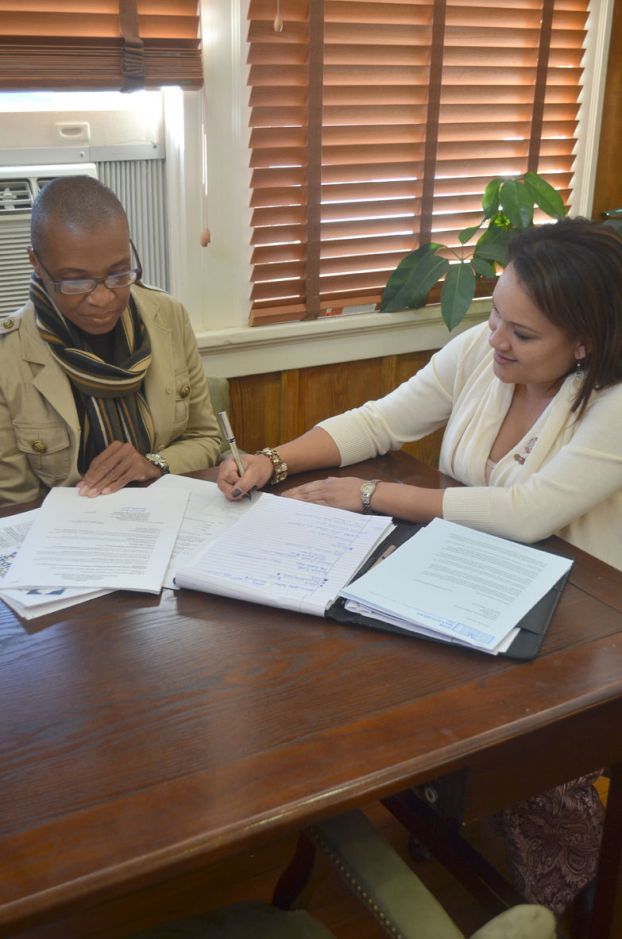 Immediately after a Wednesday meeting with a representative from U.S. Sen. Mary Landrieu’s office, Bogalusa Mayor-elect Wendy Perrette took a deep breath and then discussed how the transition period is faring.

The mayor-elect defeated current Mayor Charles Mizell and one other candidate in the Nov. 4 primary. Mizell withdrew before the Dec. 6 runoff.

Perrette said meetings with local, parish, state and national officials and discussions about city finances have dominated preparations to take over the city’s leadership.

“The transition has been going good. I’m very excited still. I’ve met with a lot of good people today who are going to help the city,” Perrette said. “They are people like LaVerne Saulny, who will help with some of these federal grants. She’s a good point person for grants. She will be working with the city. I’ve met with David Vitter’s Office. Health Insurance is coming up for renewal on April 1, and we’ve been working on that.”

Perrette said she recently met with the Advisory Board of Legislative Auditors and had discussions pertaining to the city budget. She said the auditors still had more questions that need answering in order to finalize numbers before she is sworn in. Perrette said incoming administrator Stacy Smith was in on those meetings.

“Looking over some of the contracts and insurance forms, the Legislative Auditor suggested some cuts take place once all the numbers are finalized,” Perrette said. “We’ll possibly do some layoffs, but some jobs will be combined. There are a lot of assistants to the assistant in the city. This administration will require doubling up on job responsibilities. Regular people like in the Fire Department, Police Department and Public Works are safe. Some cuts will be made in the office administration area. We’ve got a lot of people retiring, so some will leave through attrition.

“For the first time, employees will be able to opt out of health insurance with the city for ways to reducing the budget,” Perrette added. “I am looking to make cuts in areas that have never been looked at before in order to serve the citizens of Bogalusa more efficiently and effectively to make better use of their tax dollars.”

The mayor-elect said she is looking to strengthen the city’s overall financial health.

As far as contracts are concerned, Perrette said she is looking to get the biggest bang for the buck.

“We’re looking at the different contracts to get the most out of them for our city,” Perrette said. “We’ve operated as a city of 33,000 when we’re only a city of 12,800, according to the last census. We can’t be an employment service. We need to provide more economic development for our city, but we can’t be the provider.”

With 12 years of experience on the City Council, Perrette said she has the city’s welfare foremost in her mind.

“I’ve grown up in this city. My heart is here,” Perrette said. “My family is here. I will be buried here. Rest assured that I want what is best for Bogalusa. I will work with you, the people, to achieve our goals.”