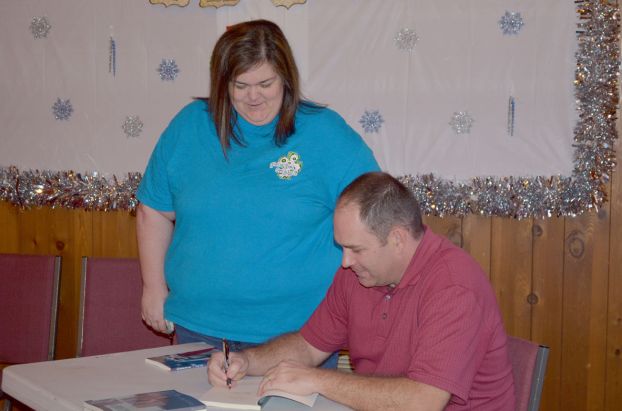 Bogalusa native Rusty Kuhn’s life changed in a big way when he gave his life to Jesus Christ, and he hasn’t quit talking about it since. As a matter of fact, Kuhn’s life was so changed that he made it his life’s ambition to help others find peace and joy through a relationship with the Savior.

Kuhn said, “When I was 22 years old I was in a mess. Everything that could go wrong had gone wrong. I was a drug addict on rock bottom and was going nowhere fast.

“My life was a disaster, but the pastor at Palestine Baptist in Bogalusa knew there was hope for me,” Kuhn said. “Pastor Eric Ertle came to my house and point blank asked me where I thought I would spend eternity if I died. Well, I knew I was bound for hell and told him so.

“Pastor Ertle told me that Jesus Christ loved me enough to die for me. He told me that I could have a new and different life if I would accept the gift of salvation. I prayed that night and asked Jesus Christ to come into my life and change me,” Kuhn continued.

“I was delivered radically from drugs,” he said. “I never even had a craving for them after that moment. One month after I asked Jesus to save me I was preaching every time there was a pulpit available. I did that for two years. My first full time preaching position was at Hephzibah in Lawrence County at Silver Creek, Miss. Next, I pastored Bethel Baptist Church at Crossroads, Miss. I was there six years, and they treated me well.”

In 2005 after Hurricane Katrina, Kuhn went to the Mississippi Baptist Convention in Jackson and had a chance meeting with Carl Meyers, the director of missions of the Pearl River County Baptist Association. This meeting put Kuhn on a decidedly different path.

Meyers mentioned casually that a church building and property in Nicholson, Miss., had been donated to the association. Kuhn said he felt the Holy Spirit guiding him to pastor there. He went home and mulled things over. When he asked his wife what she thought about moving to Nicholson and starting a new church, she smiled and said, “I knew that was what the Lord wanted for us. I was just waiting on you.”

With the confirmation that moving was indeed God’s plan, Kuhn went to speak to Meyers. Meyers informed him that another preacher from Tennessee was already coming to take over the job of starting a new church. There was nothing Kuhn and his wife could do at that point — nothing but wait and pray.

The preacher from Tennessee came, but when he realized the level of poverty and crime in the area of Nicholson he packed his bags and headed out of town. Meyers remembered his conversation with Kuhn and gave him a call. Kuhn and his wife have been ministering at New Life Baptist Church in Nicholson ever since.

“Starting a new church,” according to Kuhn, “has not been easy. We started with a core group of 12 people, and by our first Easter Sunday we had grown to 102. God has done phenomenal things.”

“The first thing we did was start an addict recovery program and a jail ministry. On Sunday evenings we do church out in the community in a big tent,” said Kuhn. “We move to different areas. Nicholson Arms apartments at one time were notorious for drugs. God is moving in this area, and we had a church service there not long ago that lasted into the night. It is awesome to see what God is doing.”

Kuhn is also sharing his passion for Christ through writing. Kuhn has just released his second book, “How Beautiful Are The Feet Of Those Who Bring Good News.”

Said Kuhn, “The purpose of this book is to equip people to share their faith. It helps people get an understanding of the simplicity of putting their trust in Jesus.”

“How Beautiful Are The Feet Of Those Who Bring Good News” can be purchased on Amazon and Kindle. It is also available at Rustykuhn.com.