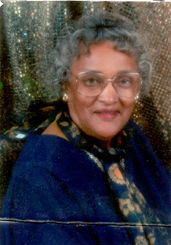 Known to many as “Momma Lena” or “Miss Lena,” Lena Magee was born March 17, 1932, to parents Shelby and Willie Mae Williams. On June 7, 1952, she married Mitchell Magee, and to this union they had two children, Ava and Raymond.

She joined church at an early age. When she moved to Bogalusa, she became a member of Sweet Beulah Baptist Church under the leadership of the Rev. M.K. Duncan.

She remained a faithful member under the leadership of the Rev. Dr. James Magee Sr. until death. She served as president for the Senior Women’s Mission Society, Sunday school teacher of Class No. 2 and in December 2011 was elected Church Mother. She was dutiful until her health began to fail.

She departed this life on Saturday, Dec. 13, 2014, at Promise Hospital/Ochsner Hospital of Baton Rouge.

She will be missed by her family, church family and friends.

Visitation will be Saturday, Dec. 20, 2014, from 9:30 a.m. until 1:30 p.m., with the funeral service to follow at 2 p.m. at Crain and Sons Funeral Home Chapel in Bogalusa, with the Rev. Stanley Nathaniel officiating. Interment will be held in the Bogalusa Cemetery in Bogalusa.

Randy Wager, 49, was a 1983 graduate of Bogalusa High School and was the student pastor at Rocky Creek Baptist... read more