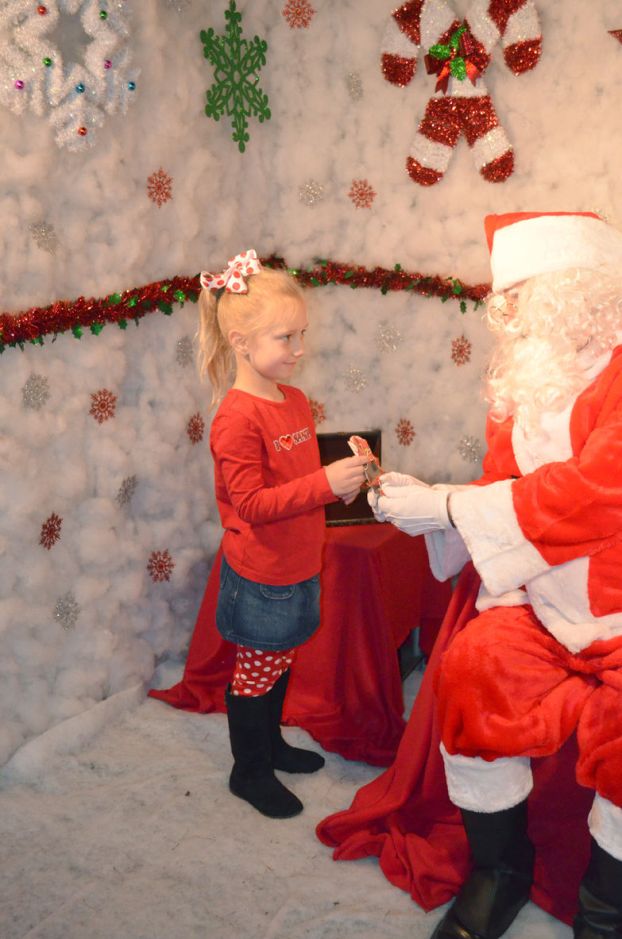 Santa in the Country shows soul of season

A desire to bring the true meaning of Christmas to children was the reason Darron Thomas decorated his home with thousands of lights, dressed as Santa Claus and handed out candy canes to give to children when they visited.

“Santa Claus in the Country” is in its second year. It is located at 57277 Royce Thomas Road past Ben’s Ford Christian School. The light display is scheduled to run through Dec. 23 and is open from 6 p.m. to 8 p.m. The show is closed on Sundays and Wednesdays.

Thomas has synchronized music to go with all the lights. There is a crucifix on top of the house and decorations in the front yard. Thomas sits in the front yard in an 8-foot-8-foot shelter waiting for cars to drive up the lighted driveway.

Thomas said he came up with the idea after living in Baton Rouge for many years.

“People don’t decorate anymore. I was reared in Baton Rouge, and everybody set lights up,” Thomas said. “Now it’s few and far between to search out some lights.”

Thomas said he had a plan when he decided to do more than just decorate his house and don a Santa suit.

“When I made up my mind to do this it wasn’t only going to be about Christmas, but what Christmas is all about,” Thomas said. “That’s why I got the Christmas tracts to hand out and the crucifix on top of the house. I look at it as an outreach for kids who might not know Jesus and the true meaning of Christmas.”

Thomas has lived in the home for the past 30 years. He said response has been positive, though some of the younger children don’t know what to make of Santa Claus.

“The response has been great,” Thomas said. “I get calls every day. I plan on doing it again next year. I’ve been tickled to death with the response. A lot of kids can’t wait to jump up on my knee. I’d say 75 percent of the kids jump right up. A quarter of them are scared to death, and they’ll break out balling.”

Thomas said it is an evolving project.

“I thought it was something unique,” Thomas said of the decorations. “It’s fun to get way from the city lights. Next year I hope to add more lights and do a little better job of advertising.”

Additionally, Thomas attends Monroe Street Baptist Church, where church members involved in “The Bible Project” are sending 40 Bibles written in Urdu to Lahore, Pakistan. The Bibles will arrive in time for Christmas.