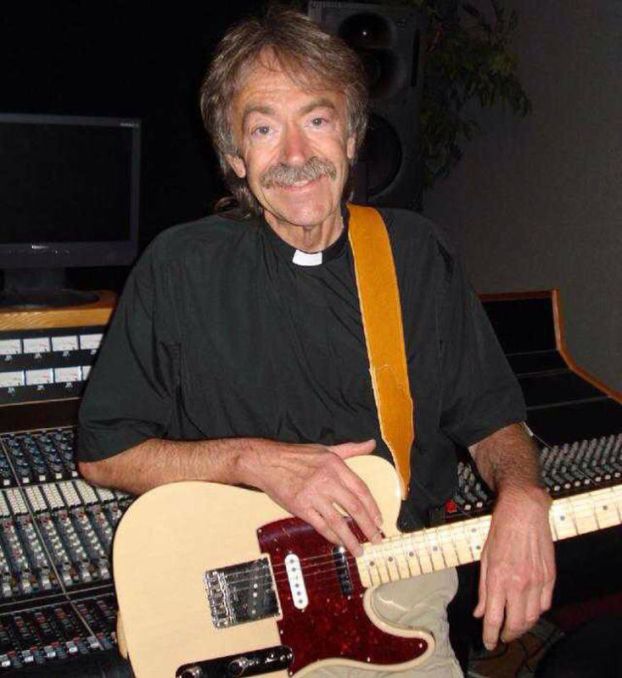 Note: Gabriel Farago, known as the honky-tonk priest will present a program at 6:30 p.m. Monday at the Washington Parish Library in Franklinton

One thing that is for sure is that country can come from just about anywhere. Gabriel Farago arrived in America as a 5-year-old Hungarian refugee.

The now-successful country music industry professional left his birthplace at 5 months of age — just hours before an advancing Russian army — then settled in Austria for the next four years. When his parents got the opportunity to come to the United States they took it, eventually moving to upstate New York.

By 1978 Gabriel was an up-and-coming singer who sought out Harold Bradley, brother of Nashville’s legendary producer Owen Bradley, as his new mentor.

In the decade that followed, with the encouragement and help of industry professionals such as former Warner Bros. Records executive Bob Saporiti and Amusement Business Magazine’s Ray Pilzak, Farago established himself within the recording community, gaining success as singer, songwriter and producer.

During the 1980s, Gabriel toured and performed in concert with major country stars such as Willie Nelson, Gary Morris, Earl Thomas Conley, Lee Greenwood and Tammy Wynette. In 1989 and 1990 he represented the United States in two major European international country music festivals, performing in

Budapest, Hungary — his former homeland — with EmmyLou Harris. A concert-goers favorite, Farago’s trademark high-energy shows have influenced many of the rock-type country acts of today.

Several of Gabriel’s records have charted in the “Country Top 100” receiving outstanding reviews from Billboard and CashBox magazines. In December 1999, he successfully released two self-penned Christmas songs — “Santa’s Red Dodge Pickup” and “Two Step Texas Reindeer,” which was released in 2008, topped the charts in France and became an international hit.

Expanding into artist development and record production by the early ‘90s, Farago’s credits include domestic and international TV appearances, major corporate sponsorships and video production — most recently at Old Tucson film studios. He hosts his own radio shows and continues to help advance the careers of singers and songwriters through his nationally-recognized CAREERLauncher Program.

Farago has written an in-depth, “how to” book called “Secrets to Success in Country Music,” which earned him a “5-star rating” on Amazon.com. He is a popular seminar presenter at colleges and libraries throughout the country.

An enthusiastic evangelist and proponent of the Gospel’s message of Christian unity, Farago is a popular guest at church functions. With the recent release of his Christian album “Holy Ghost Power,” the “honky-tonk priest,” as friends have dubbed him, hopes to develop new Christian artists for NSD Records as well.

Farago has traveled extensively throughout the U.S., Canada, Europe and the Pacific. He speaks several languages and is a history buff, animal lover and outdoorsman. He particularly enjoys Harley riding, dirt biking, cross-country skiing, scuba diving and skydiving. A university graduate and teacher for several years, Farago has the effective communications skills to be a natural in the studio.

COURTESY PHOTO Pictured above are some of the materials recovered from a meth lab discovered by the Washington Parish Sheriff’s... read more