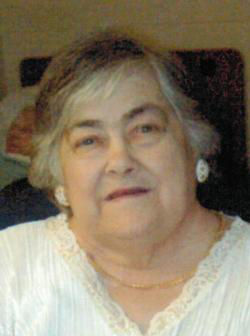 She was a former longtime resident of Franklinton, where she was a member of Bogue Chitto Heights Baptist Church. Dorothy was a delivery person for the Bogalusa Daily News for many, many years. She had a real love for reading, all types of books and novels, which she passed on to her family. Earlier in life, Dorothy was active in tending her flowers and garden. She was always a loving wife, mother and grandmother.

She is survived by two daughters and a son-in-law, Marcie and Robert Airhart and Lisa Bowles, all of Slidell; a son and daughter-in-law, John and Erika Spinks of Pearl River; five grandchildren, Amanda and Jeffery Minshew, Stephen Spinks, Thomas Bowles, Jeremy Spinks and Lauren Spinks; three great-grandchildren, Trey Heinerichs, Brady Heinerichs and Natalie Bowles; a sister, Cindy Aycock of Alexandria; and numerous nieces, nephews and other family members.

She was preceded in death by her husbands, Delmar Spinks, Jack Walters and Bobbie Smith; her parents, Moese Davis and Aline Fairburn Davis; four sisters; and three brothers.

Visitation will be at Bogue Chitto Heights Baptist Church on Wednesday, Dec. 10, from 10 a.m. until 2 p.m. A funeral service will be held in the church at 2 p.m., with the Rev. Pete Williams officiating. Burial will follow in the Morris Cemetery.

This benefits the “Talking Books” and “Braille Library Division” of the State Library.