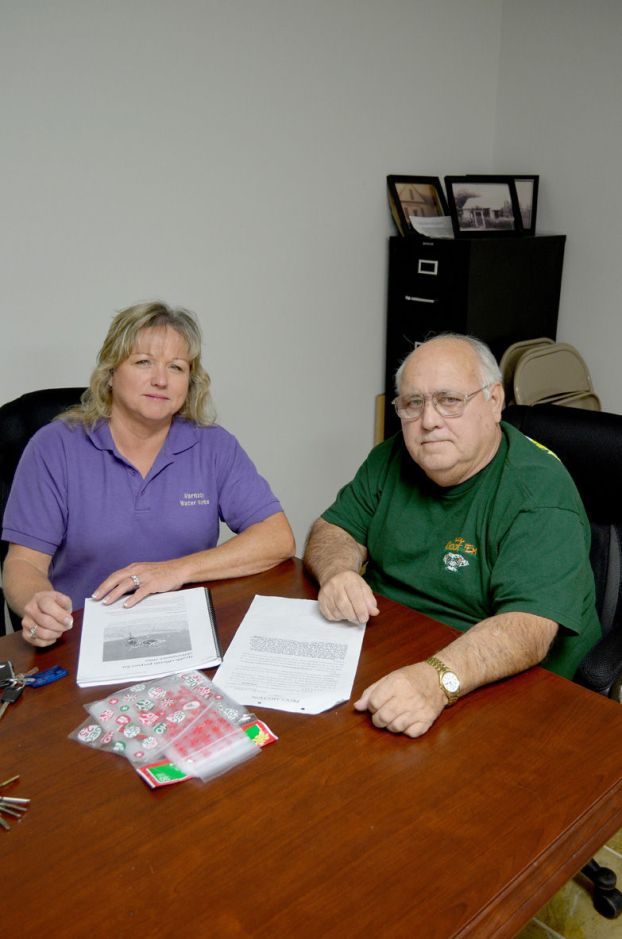 In conjunction with the 100-year anniversary of incorporation of the Village of Varnado, village officials are holding the first-ever Christmas Parade at 1 p.m. on Dec. 13.

“We did buy a few decorations to add to the atmosphere,” Alderman James Ezell said at Village Hall. “We have some decorations going in this building and three banners on three poles on Main Street.”

Ezell said the village is learning as it goes when it comes to public Christmas celebrations.

“We’re growing into the Christmas thing,” Ezell said. “Small towns don’t have the revenues to go all out on something like this. “

In addition to the banners, the village has a Christmas wreath to display as well.

One special guest who is confirmed to appear in the parade is Santa Claus. He will also be at the Village Hall after the parade.

“Participants can enter whatever they want to enter,” Adams said. “The money will be used to buy food for the needy.”

The parade route is the length of Fornea Road and Main and turns at Washington Street. Ezell estimated the total budget for the parade is $1,500.

“It’s a meager amount in comparison to other towns that celebrate Christmas,” Ezell said. “We’re experimenting all the way around. We’re not spending town money.”

“We found out late in the game this was our 100th anniversary,” Adams said. “We’ve had a good many pictures donated. If any citizen has an historical photo, we ask to let us borrow it and scan it, especially from the early years.”

Ezell said the village is throwing around the possibility of publishing a history book.

“We have a semi-completed book. But we would like to add to it,” Adams said.

Ezell said he is proud the village can put on a parade.

“We’re finally able to finance and do some of this stuff,” Ezell said. “The Bingo Hall has been open three years and the Dollar General opened in February. We don’t have a lot of retail sales tax, but we’ve been fortunate in the last few years to have that multiplied. We’ve got some street blacktopping coming up and a few other things. We’ve got projects we’re working on. We feel like we’ve got the resources to do some of it.”

DAILY NEWS PHOTO/Randy Hammons Two proposals from Washington Parish Fire District No. 7 will be on the ballot Saturday. One... read more