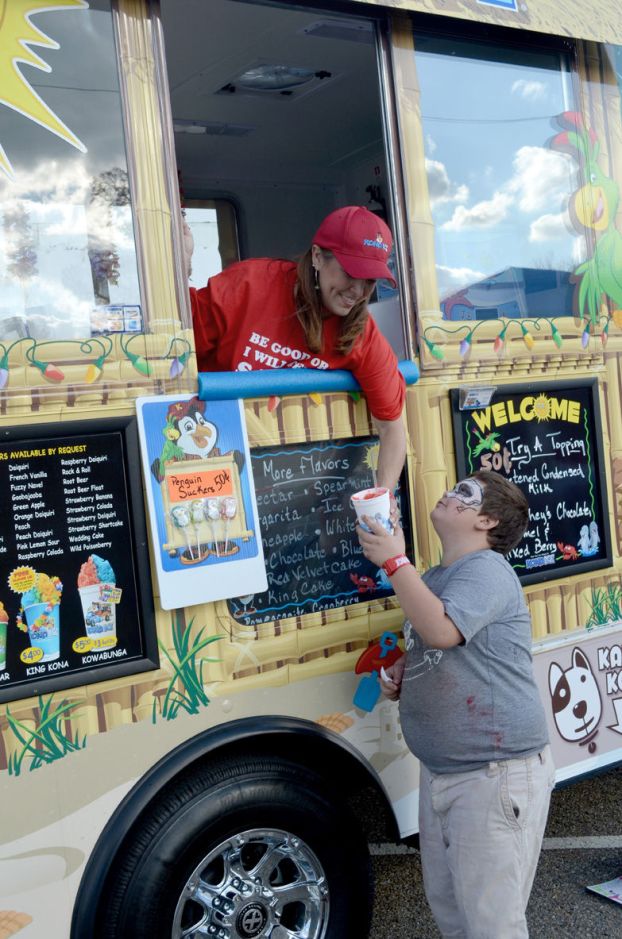 Craftsmen and artisans from across the region were in Bogalusa over the weekend for the third annual Tis the Season Street Stroll.

Some 78 vendors set up booths along South Columbia Street. The event was hosted by the Bogalusa Main Street Program.

“The vendors came because it was a success last year. All in all, it has been great,” Main Street Program Vice President Ellen Hobgood said Sunday. “The weather was beautiful for this, but I wish more of the citizens of Bogalusa had come out. The atmosphere here was great. We couldn’t have had better weather.”

Main Street Program Director Robin Day said those who did attend the Stroll enjoyed themselves.

“All the people who did come out for the event were supportive,” Day said. “They are proud we put this on. If you missed it, you missed it.”

Children had the opportunity to have their photograph taken with Santa Claus. There were miniature pony rides and face painting for the children, as well.

“The high school’s JROTC volunteers did a wonderful job keeping the street and restrooms clean,” Day said. “They did everything vendors asked them to do. The bands were wonderful.”