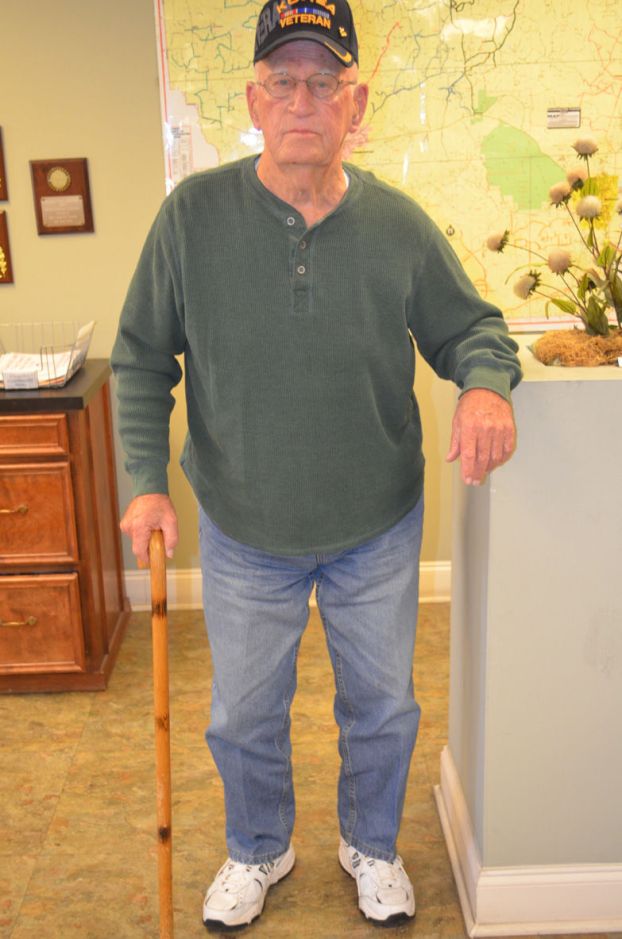 Some help might be forthcoming for an 82-year-old Korean War reatmentveteran who said he won’t be able to afford his medication if the Veterans Administration follows through on its threat to withhold Social Security payments for non-payment of a $594 bill.

Angie’s Basil Ball said he has turned everywhere for assistance. He has undergone a total of 24 surgeries since leaving the Army. He takes 20 different kinds of medication daily.

Ball enlisted in the Army when he was 17. He was stationed at Fort Bliss in El Paso, Texas, when he was injured on a rope tower exercise during training. He said the man above him fell on him, and Ball fell approximately 15 feet to the ground. He said the fall resulted in back and neck injuries. He has had 12 back surgeries and has three ruptured discs in his neck.

“I’ve never asked the government for a thing in the world until about a year ago,” Ball said. “I gave the country the best four years of my life. The Veterans Administration was giving me my pills for free up until two or three months ago, but now they want to charge me. I have to take a lot of medicine.”

Ball’s stomach has been removed and his main heart valve was replaced. He also suffers from Parkinson’s disease.

“If I don’t take the pills, I can’t feed myself,” Ball said. “I can’t pay the government for my pills. Sometimes the last weekend of every month I don’t have food to eat. If not for the women at Stateline M.B. Church taking care of me, I wouldn’t have food to eat.”

Ball said he receives $1,500 a month in Social Security payments. He said he pays $400 per month rent and his electric bill runs another $400 per month.

“I’ve got other bills, and I can’t afford to pay,” Ball said. “If I have to pay for my medicine, I can’t make it. The Social Security is the only income I’ve got.”

John Miller, the Louisiana Department of Veterans Affairs representative in Bogalusa and Franklinton, said the best thing Ball can do is be patient.

“He needs to just relax,” Miller said. “He had all those years where he didn’t get a bill for anything. Then his history changed. We’ve asked for a waiver. More than likely the VA is going to waive that debt. He just wants to have it done yesterday. You’ve got to go through the process.”

In modern society, perhaps more than any other time in history, the availability of illegal and prescription drugs is mind-boggling.... read more