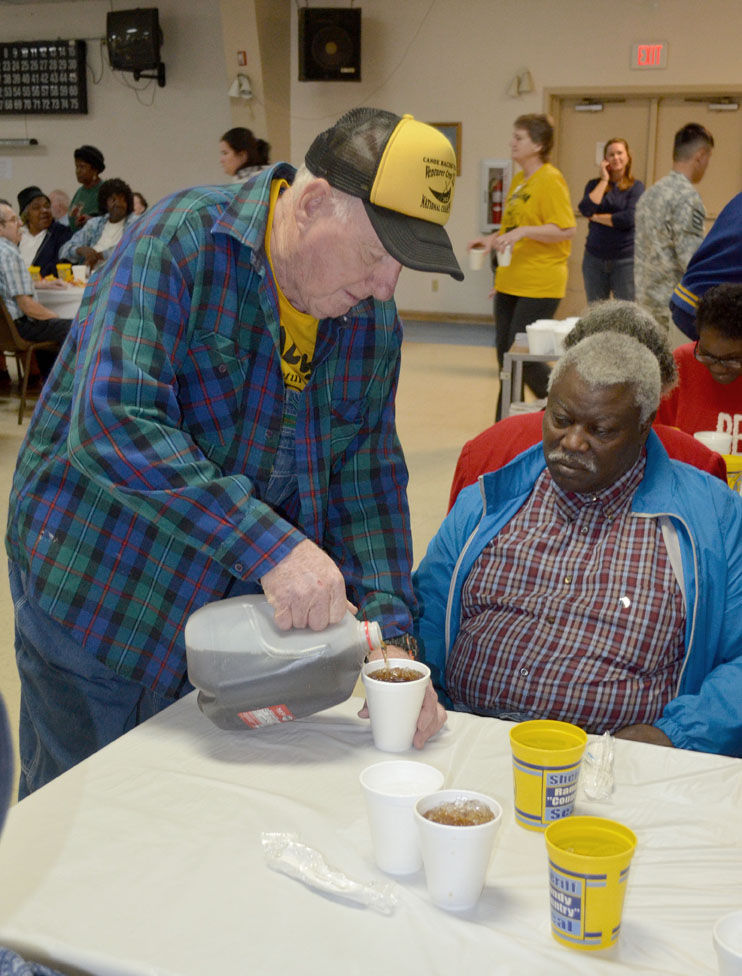 Washington Parish Sheriff Randy Seal ate Thanksgiving dinner with more than 300 of his closest friends on Thursday at the American Legion Home on Louisiana Highway 10 in Bogalusa.

“Welcome to the Sheriff’s Annual Thanksgiving Holiday Luncheon,” Seal told the crowd shortly before the blessing and the meal.

“A lot of times you want to be politically correct. But I don’t think we need to be ashamed of who our Savior is, Jesus Christ. Because of Him, we have hope for tomorrow,” he continued as the crowd gave him a hearty round of applause.

A number of elected officials were in the audience, including Bogalusa Mayor-elect Wendy Perrette.

Bogalusa resident Cornelius Sykes was among those enjoying the turkey and dressing with all the trimmings.

“The luncheon is nice,” Sykes said between bites. “I think it’s a wonderful thing, especially with the way the economy is going. It’s a great thing for the Sheriff’s Office to give seniors a lunch.”

Friday’s luncheon was one of three Thanksgiving luncheons for senior citizens in the area. Thursday’s was at Franklinton First Baptist Church. The third luncheon is scheduled for 11 a.m. Monday at Varnado High School.

“The ones from Varnado are usually here, but I guess they’re waiting for Monday to come,” Seal said as he worked the crowd. “Just to see people come with smiles on their faces is satisfaction enough. This is an opportunity to visit with one another. This is our way of saying thanks to all the seniors over the years for their godly example they set before us. We have zero crime with the seniors. It’s the ones who prey on them we’re after. They can look over their shoulder because we’re going to get them.”

Seal said approximately 350 people attended Thursday’s Thanksgiving luncheon. He said next year’s luncheons will include the Pine and Thomas communities.