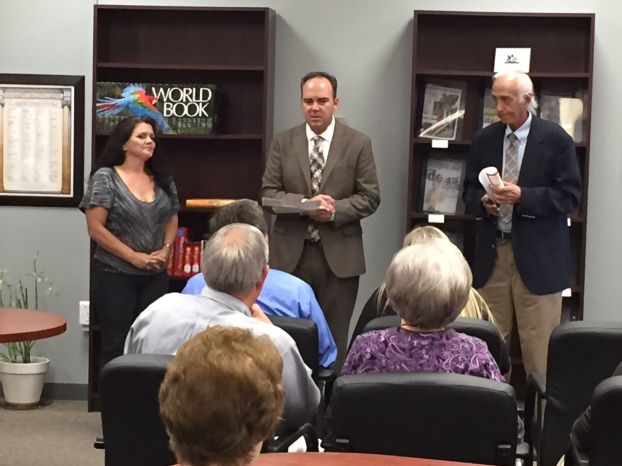 In 1999, the Sullivan Vocational Foundation Inc. was founded as a result of a donation from the estate of Mrs. Lucy Lee Robbins of Bogalusa. It was “Mrs. Lucy’s” desire that these funds be available for scholarships and educational needs of students at NTCC. A Board of Trustees was established to include community volunteers who oversee all funds and ensure that all funds are used for the original intent of this donation. Since the foundation’s inception, community businesses and private citizens have made additional contributions, which led to the awarding of six scholarships for the 2014 award year.

The scholarship awards were announced and presented earlier this month in the Northshore Technical Community College — Sullivan Campus Library.

“I would like to thank the Sullivan Vocational Foundation and our business community for their support of our most deserving students,” NTCC Chancellor Dr. William S. Wainwright said. “Student scholarships that support high demand technical training are critical as we build a stronger Louisiana workforce.”

The Pioneer Christmas at Mile Branch Settlement is scheduled for Saturday, Dec. 6, and Sunday, Dec. 7. The entire event... read more