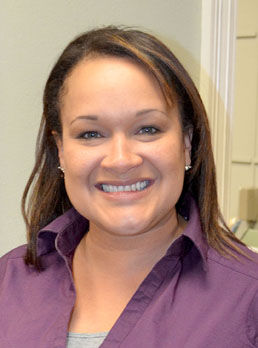 A little more than 24 hours after Bogalusa Mayor Charles Mizell withdrew from the Dec. 6 Mayoral runoff against Wendy O’Quin Perrette, the new mayor-elect sat down with The Daily News and shared her plans to move the city forward and her thoughts on becoming the city’s first female top executive.

Mizell stepped down on Thursday, a little more than a week after finishing second to Perrette in the three-person Nov. 4 primary, citing voters desire for a change.

Perrette led the field with 45.1 percent of the vote, while Mizell tallied 32.2 percent. Tina Ratliff Boley finished with 22.6 percent. Perrette is currently City Council vice president and has served on the Council for 12 years in all.

“I hope to continue my partnership on the Council that began 12 years ago as your mayor,” Perrette said. “I have priorities just as the prior administration had. In some areas, the priorities are the same. From day one, my administration will focus on streets, jobs, youth and public safety, in no particular order.”

Perrette and Mizell are scheduled to begin working on the transition Monday at City Hall. Perrette said she will start by examining city contracts.

“We’re starting the evaluation process of what we have in our city and from top to bottom,” Perrette said.

Regarding streets and roads, Perrette said that problem area requires much work.

“We’re going to have to have better drainage, clean the ditches and take what we have and make it better so we won’t have flooding. We need to bring the Public Works Department into the 21st century with computer mapping and records,” Perrette said. “We can stop the leaks by using pipeliner instead of tearing up the whole street. Pipeliners are guaranteed for up to 100 years.

“To rebuild roads from top to bottom, you’ve got to fix drainage and water and sewer lines before they are repaired, which this administration was working on,” Perrette said. “The main thing is we’ve got to work hard to get federal grants and put federal taxes back in our city.”

“I want to bring new businesses in and keep them here,” Perrette said. “There are different incentives to do that. I want to work closely with Ryan Seal. He’s an asset to our parish and our city.”

Perrette is the mother of an 11-year old son, Rex, so youth activities and recreation hit close to home.

“We need improved recreation and better fields and organizations in the city,” Perrette said. “My goal is to have that community center and disaster relief facility in operation within four years,” Perrette said. “I want that place to be a realization to this city. We deserve this.”

Perrette said the community’s concerns about crime and safety are real.

“Community policing is a must. We need a proactive police department rather than a reactive department,” Perrette said. “The department has been working shorthanded, so safety is a huge issue. My expectations for that department are high because everyone depends on them.”

Perrette said she hopes her administration will shine a light on the city for all to see and do away some of the stereotypes.

“I think there have been some great women who have run for mayor. I think this is a step into the 21st century,” Perrette said. “We have always been known as backward, so this is a great step for Bogalusa and the Northshore.”

Perrette said it will not be business as usual under her administration.

“I don’t feel any differently. However, some of those people who didn’t want to discuss my ideas beforehand are now looking out for themselves,” Perrette said. “Now they want business with the city.”

Thanks for a job well done