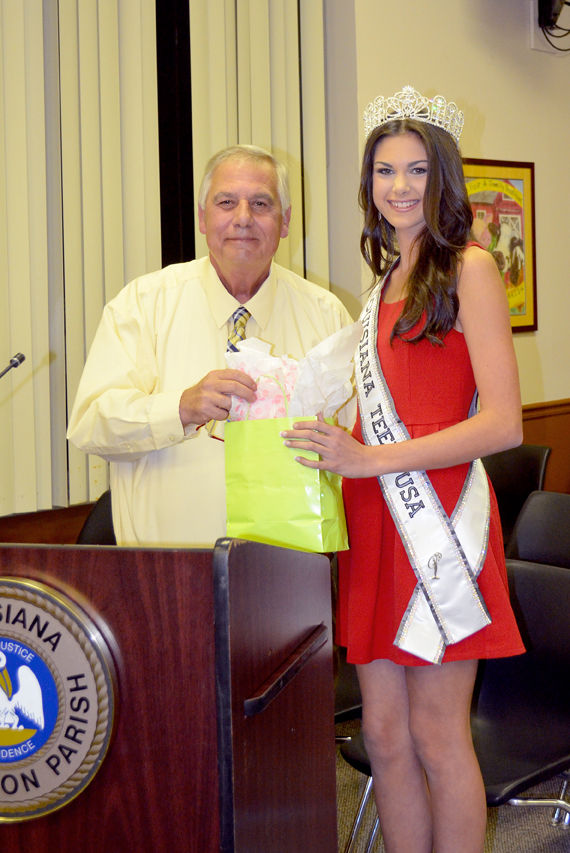 Franklinton High School freshman Katherine Haik recently accomplished something that no other Louisiana pageant contestant winner ever had.

At 14, Haik became the youngest to ever win Miss Louisiana Teen USA during the Oct. 24-25 competition at Lafayette’s Heymann Performing Arts Center.

“I’m honored to be the youngest pageant winner,” Haik said. “ I was really honored and surprised to win the title. I look forward to representing my hometown and the state of Louisiana.”

Haik earned the right to travel to Lafayette after winning Miss Louisiana Northshore Teen USA. Haik competes next summer in the Miss Teen USA competition at a site as yet unnamed.

Haik said she first started competing in pageants when she was 18 months old. Her first competition was in a baby contest at the Washington Parish Free Fair in 2001

Haik said her classmates at Franklinton have been very supportive after learning about her victory. Haik said pageants offer contestants unique skills they otherwise would not gain.

“I tell anybody who is thinking about entering one that pageants give you interviewing skills and stage presence,” Haik said. “A lot of people think you have to change yourself to be in a pageant, but it’s really about being yourself and having fun.”

Haik and the other contestants competed in evening gown, swimsuit and interview. She said contestants were interviewed and asked questions from all five judges.

After high school, Haik said she would like to pursue a career in the medical field after attending college, preferably LSU.

Haik is involved in various clubs and sports at Franklinton.

“I’m very athletic,” Haik said. “I’m on the softball and basketball teams. I play first base on the softball team and post in basketball, but I can play anywhere in both sports. I’m a competitive dancer at Dancer’s Edge in Franklinton, play piano and am involved in school activities. I’m also on the Demonettes dance team at school.”

Some of the school clubs and organizations in which Haik is involved include the FOR Club, 4-H Club, BETA Club and Fellowship of Christian Athletes.

Haik is an active member of First Baptist Church in Franklinton and is in the Youth Group.