Local events honor those who served 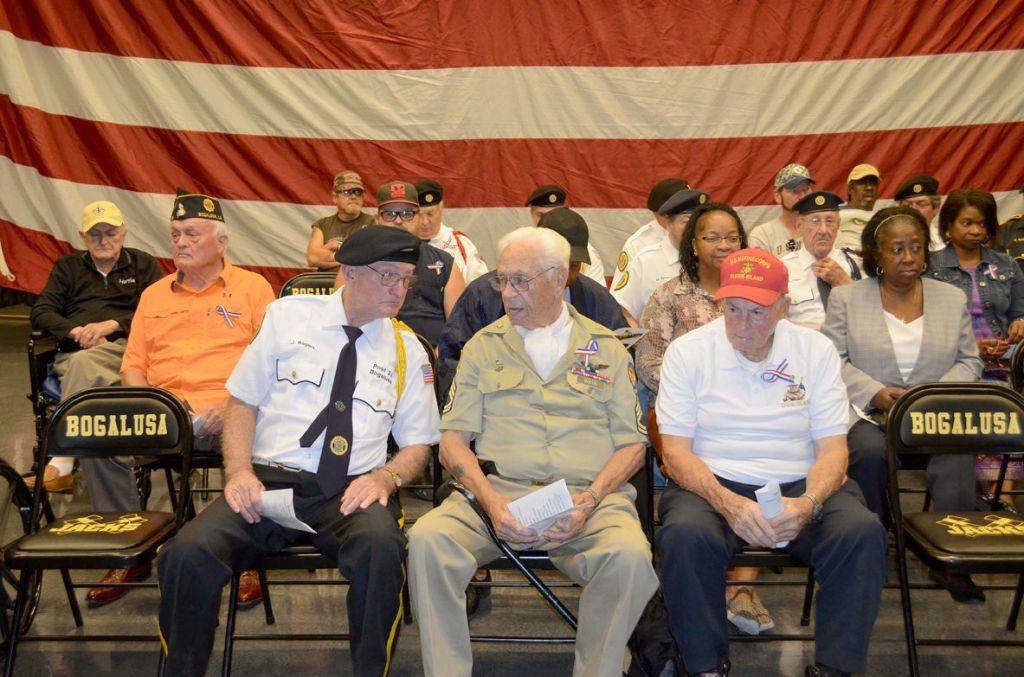 In the city of Bogalusa, approximately 26 veterans from all conflicts sat on stage in the Bogalusa High School Auditorium, including 96-year-old WWII veteran and POW Vernon Thomas.

As the father of four boys — including three who have served — Bogalusa Police Chief Joe Culpepper became choked up at times telling the audience what the military means to him even though he is not a veteran.

“One is a major and about to be a lieutenant colonel. One served in Iraq. Another enlisted in the Army and is on active duty. My last one is 9 years old, and he thinks the Air Force is tops. It’s hard to say what pride I feel for my sons to serve,” Culpepper said, as his voice broke. “They chose to serve this country.”

Culpepper had some advice for the cadets in the school’s JROTC program.

“You stand on the doorstep of your future,” Culpepper said. “You’re making this community proud of your service. We appreciate everyone and thank you for your continued great service to our great country.”

Principal Leslie McKinley welcomed those who attended, and Cadet David Duong talked about the meaning of Veterans Day.

“We can never fully repay our debt of gratitude to the more than 650,000 American service members who died in battle or the 1.4 million who were wounded,” Duong said, quoting from the inscription on the Korean War Memorial in Washington, D.C. “We can, however, recognize and thank the 25 million veterans still living today.”

At the library, American Legion Post 24 hosted a retreat ceremony. Post member Gary Rushing played TAPS during the ceremony, and those in attendance heard a brief history of the American Legion.