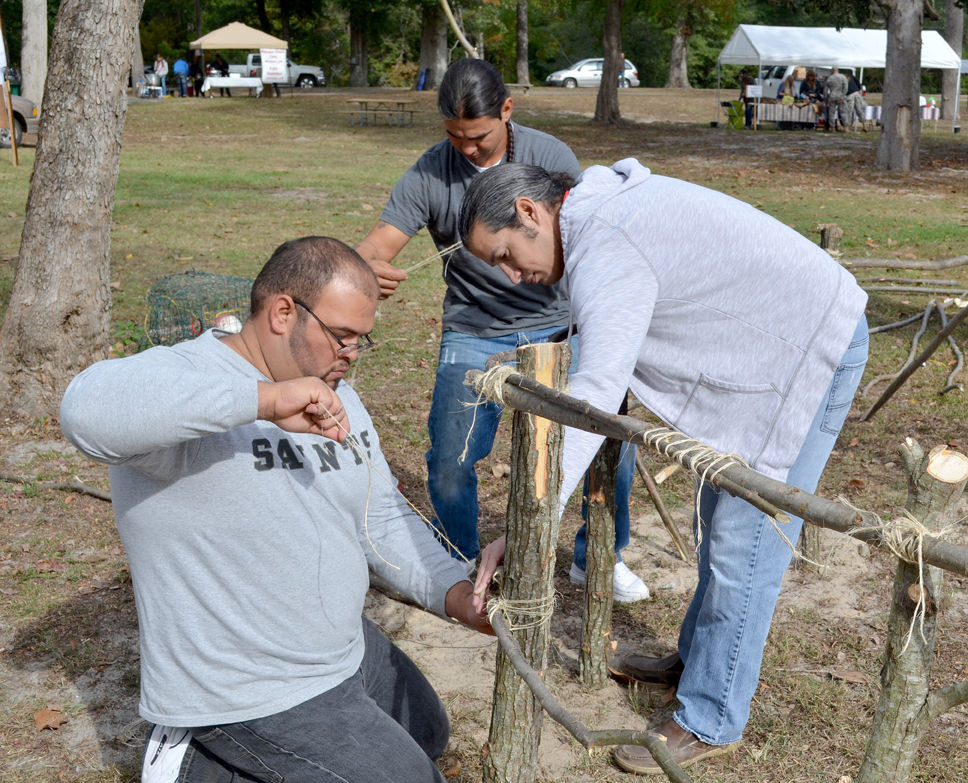 Each tribe had tables to display arts and crafts and other pass out information about their tribe, including where they lived and what they ate.

Tribal members displayed the painstaking time it takes to build huts with palmetto fronds. United Houma Nation erected a hut in the morning for those in attendance to enjoy.

Along with arts and crafts, each tribe displayed traditional dances and food.

Saturday’s event was a way for citizens in Washington Parish and Bogalusa to get a first-hand look and learn so much more about Native American customs and traditions.