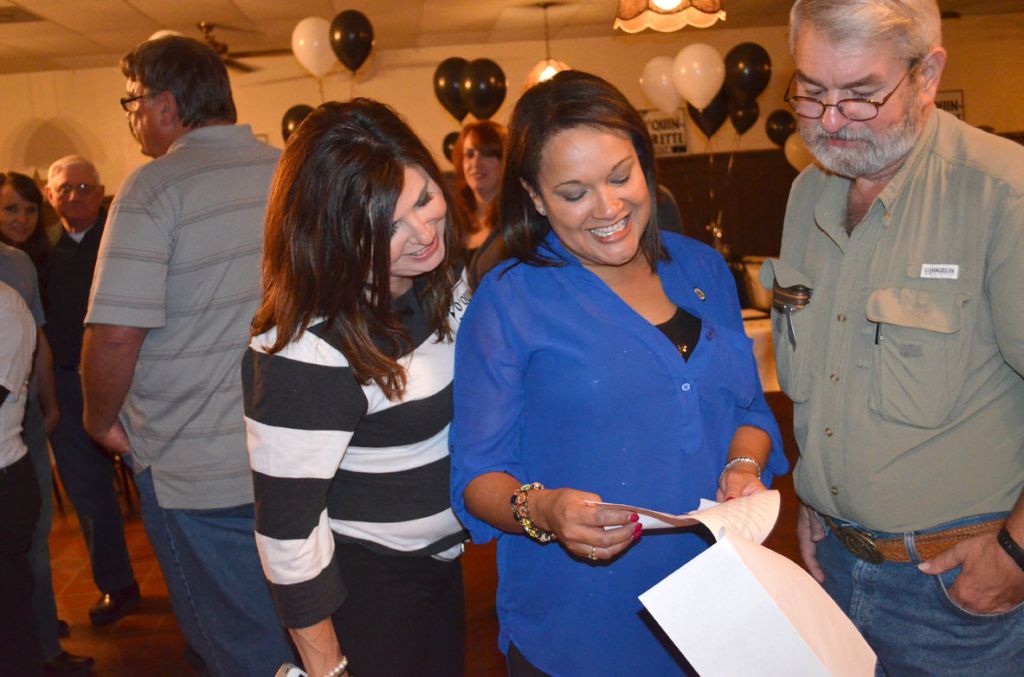 Both Perrette and Mizell will go at it again in the Dec. 6 runoff.

“”I am absolutely speechless and thankful,” Perrette said at her election party at Maria’s Restaurant. “I’m very happy and thankful people trusted me enough and know I have the city’s best interest at heart.”

Perrette said she was taken aback by all the support.

Perrette called both Mizell and Boley to congratulate them on running a good race.

Perrette said she thought the voters were looking for something different.

“The people were looking for a younger view on things,” Perrette said. “I think the people want a change, and they want to see someone else’s perspective. I’m very humbled by the whole experience.”

Perrette said her 12 years on the City Council led up to her success in the General Election.

“Twelve years ago I became the councilperson at-large, and the people have continued to trust me for three terms,” Perrette said. “I promised then I would instill integrity and honesty to the council. I am just so humbled.”