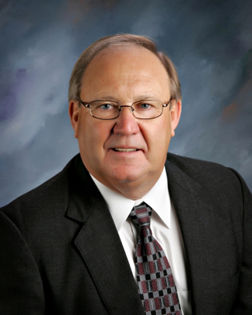 While Mizell touted his record of bringing new business into the city and plans for road improvement, Perrette and Boley offered other ideas for how the city is operated.

Mizell is in his first term as Bogalusa’s top administrator.

“Four years ago, I came here with a vision of building a better Bogalusa. One of the things I felt like back then and we’re continuing to work on is the overall cleanliness of the city,” Mizell said. “I believe the environment we live in and our children are reared in contributes greatly to the society that we live in. We’ve promoted a healthy environment. We’ve been fortunate enough to have lots of major companies look at us for investments here.”

Under his administration, Mizell said businesses which came into the city include Super Walmart, Tractor Supply Co., Rue 21, Dollar Tree, Roberson Printing, General Dynamics and the corporate headquarters of The Salvage Store. He said investments by International Paper in the Industrial Park and revitalization of the Main Street Program and downtown Bogalusa are major accomplishments.

Mizell said condition of streets, emergency services and code enforcement are issues that continue to be addressed. He said the Louisiana Avenue streetscape is one major accomplishment. Work for the Sixth Street project has been contracted out.

“There are going to be issues as long as you have a city,” Mizell said. “I think a couple of things that made us better are cameras and tracking devices in police cars and city equipment,” Mizell said. “We believe by installing those we have greater accountability with our work force. We now have a state-of-the-art accounting system.”

Mizell said the city is continuing to fight to balance the budget. He said expenses have been cut at every opportunity.

“When I came into office, the Avenue B Sports Complex and Bogalusa Rodeo Arena were upgraded,” Mizell said. “We’ve invested $2.4 million in water and sewer upgrades. We have a track record. We have over $4 million in funding that is secure for our roads. There are four hangars to be built at Carr Memorial Airport. They have been contracted out.”

“Temple’s Development Co. is securing property and has a grant to build four duplexes and two single family homes in the Terrace for low- to moderate-income families,” Mizell said. “They plan to start construction on Dec. 1.”

Mizell said the search to fund a community center is ongoing.

“The Welcome Center at Lake Vista, code enforcement, improvements in the city and community, airport improvements, helping secure hospital improvements certainly getting Highway 10 overlayed are all improvements,” Mizell said. “None of this was done because of Charles Mizell. It’s all teamwork. This administration has probably had the best working relationship with this Council in recent memory. “

Perrette is currently vice president of the City Council. She has served on the Council for 12 years and served five years as president. She said she would like to see the city take advantage of every opportunity possible.

“I want to be mayor because I have so many more ideas I’d like to implement in the city where it can become a place that people and business will want to make it their home,” Perrette said. “As a councilperson, your powers are limited. I don’t want Bogalusa to miss out on any more opportunities that we have in the past.”

Perrette said the city’s interest is foremost in her thoughts.

“I will lead this city with the people’s interest at heart and do what’s best for Bogalusa, not what’s best for me. I want Bogalusa to be better. We’re a diamond in the rough. I want to give a new look to the Northshore.”

Perrette noted she has kept promises.

“I’ve worked hard to eliminate the city’s financial crisis as a council person at-large on the budget committee. The Council passes the budget and the mayor gets to choose what he does with the budget,” Perrette said. “The Council has no say. The mayor can hire his own people, but it doesn’t come before the Council. “

Perrette said she would like to rewrite the City Charter.

“We need to lobby for more grants for the roads in the city,” Perrette said. “I will improve our roads in a fiscally responsible way that improves the quality of life. We never should have torn up our roads without having monies to repair the streets. That was not the Council’s decision; that was an administrative decision.”

“We must be proactive, not react to crime,” Perrette said. “I will aggressively fight for all Bogalusa citizens and together we can overcome this plague. If I’m mayor, I’ll call in the legislative auditor to look at the current books.”

Perrette taught school for 14 years in the Bogalusa City School District and Annunciation Catholic School at Bogalusa. She volunteers for various organizations, including the Youth Services Bureau, CASA, the Civic League and Bogalusa Sports Association.

Perrette said she’s willing to listen to anyone who has suggestions.

“I have an open door policy,” Perrette said. “I’m open to suggestions and ideas.”

Tina Ratliff Boley is a licensed attorney and minister. She said the city needs new direction.

“Roads, education and city deficit are some of the issues. I believe there has been superfluous spending, and if the budget is reviewed and spending is reallocated, a lot of the needs that are not being met because of financial reasons will be taken care of.”

Ratliff Boley said Bogalusa is hurting from within.

“I think the mayor is like a shepherd over his flock,” she said. “Without proper guidance and love for all the people, the entire city won’t flourish as it should. Our city is losing its wholesomeness and its heart. With the way our society is changing, our government has to change with the times. What worked in 1990 won’t work in 2014.”

“We seem to have taken God totally out of our guidance process,” Ratliff Boley said. “Our city can be fixed. I am willing and able to have the heart that it takes to put this city back in the direction where the people can see hope.”

Ratliff Boley is pastor of Fully Committed Ministries. The church is known for its alcohol and drug rehabilitation programs and feeding the hungry.

Ratliff Boley is the mother of two boys. Bryen Brown is a chiropractor in Houston, while Kevin Brown is a student at Grambling State University.

She is a 1993 graduate of the LSU Law School and received her undergraduate degree in 1987 from Southern University. She is an honorably discharged Army veteran.