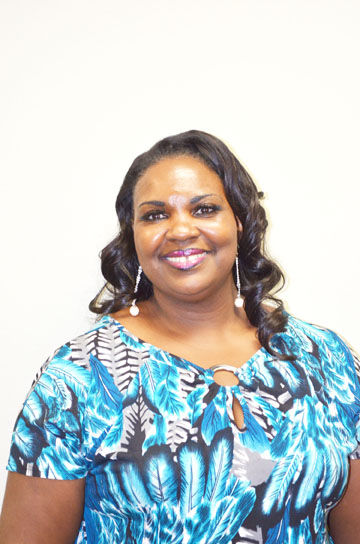 Ratliff is a mother of four, Broderick, Brett, Brittany and the late Bre’Shaun Dominque Chatmon, and a grandmother of six, Shaunte’, Broderick Jr., Brendon, Yazmin, Essence and Lyric.

Ratliff is a 1981 Bogalusa High School honor graduate during which time she served as a member of the Golden “B” Honor Society, was awarded a scholarship to Southeastern Louisiana University, received awards in band and home economics and was nominated for Who’s Who among black American high school students.

Ratliff graduated from Louisiana Technical College and received her Louisiana Board of Practical Nursing licensure in 1996.

Ratliff was ordained into ministry as an Evangelist, Elevate Ministerial Association in 2010. Immediately after receiving her ordination, Shawn founded Pathways Ministries, an Internet ministry in which she provides intercessory prayer, spiritual guidance, counseling services in marriage and relationships, grief, bereavement and healing, teen pregnancy, peer pressure, family counseling, drug rehabilitation program awareness and employment assistance. According to her announcement, she has spent countless hours providing these services to many citizens of the Bogalusa community and surrounding areas. Many people called on her services from many different states and from other countries.

She is the member of Bethlehem Baptist Church. She is currently employed as a supervisor at General Dynamics Information Technology in Bogalusa.

In her announcement, Ratliff said she has spent most of her life caring for others and putting others’ needs before her own. She has reared numerous children and watched them grow to become productive citizens. She has housed homeless families and assisted them into settling into stable home environments. Most young people know her as either “Momma Shawn” or “Aunt Shawn.”

Ratliff said her most memorable and proudest moment is when, at the age of 16, her parents arrived at home to find that she has moved a young mother, her 2-year-old daughter and 3-month-old baby into their home. Ratliff stopped to assist the young mother carrying groceries into a small house, which she was renting, only to find that there was no gas service. The young mother was lining milk, eggs and other dairy products along the base of the door of the kitchen to preserve them with the winter elements. Her parents didn’t complain because they knew Ratliff’s nature. The family remained and were treated as members of the Chatmon family for approximately six months. Her parents accepted the people and animals she brought to live in their home. Ratliff still continues this humble practice for those in need.

Ratliff’s political platform is based on safe neighborhoods and streets, finding solutions to stop the violence that has recently increased in the city among young men, road construction in all neighborhoods, quality education, recreation and recreational programs for all youth from all neighborhoods, organizations to help educate and provide guidance to young single parents and to educate, develop, attract and retain the next generation of the workforce, encourage new businesses and not inhibit the growth and expansion of business opportunities to increase revenue in the city, provide plentiful job opportunities and a growing small business base, city leaders who smartly manage tax payer dollars without increasing taxes or creating new fees when it comes time to make tough decisions and the restoration of downtown Bogalusa.

Ratliff’s vision is to bring the “magic” back to Bogalusa with leaders who will share the integrity, responsibility, honesty, dignity, loyalty, trust, love, respect and honor that Bogalusa once possessed and now deserves to see again. She envisions a city bustling with activity — a rejuvenated, renovated, renewed Bogalusa.

Downtown Main Street Program’s Harvest Fest is scheduled for Friday, Oct. 31, from 6 to 9 p.m. The event on... read more