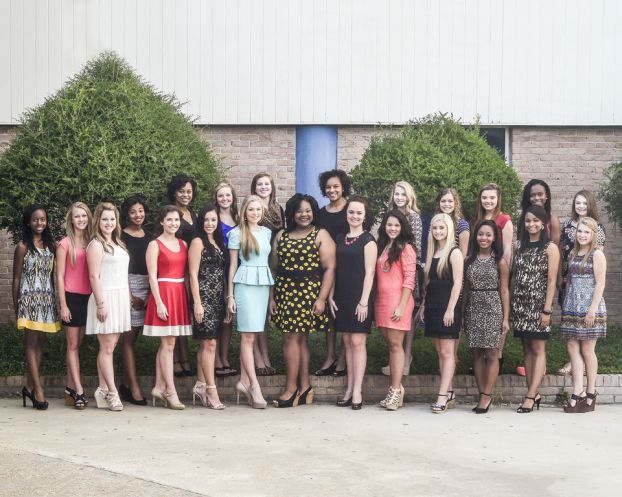 James, the daughter of the late T.J. Myles and the late James “Jimmie” Reese Myles, was born and raised in Franklinton. She attended Franklinton schools and in 1973 graduated from Franklinton High School, where she was a Demonette, a member of the choir and editor of the yearbook. During her senior year, the Rotary Club of Franklinton sponsored her, Marsha D. Newman and Kay B. Mosher on a student exchange trip to France. This fond memory as a student instilled a lifelong love of travel and led her to organize student trips to Europe in 2003, 2005 and 2008.

Holly attended Louisiana State University and graduated from the University of New Orleans with a B.A. in English, Reading and Language Arts Education in 1979. She also attended graduate school at LSU, USM and SLU, concentrating in curriculum and instruction and gifted education.

Holly has been married to Dr. Mark L. James for 40 years. Dr. James served as team doctor for the Franklinton Demons for 20 years. Together, they have four children: Mark L. James II (a ’92 graduate of FHS), David M. James (a ’95 graduate of BGS), Andrew W. James (a ’99 graduate of FHS) and Katharine S. James (an ’02 graduate of FHS). The couple currently has 12 grandchildren: Owen, William, Karla, Heather, Clay, Mary, Avery, Simone, Graham, Jackson, Henry and Anderson. Two more will join the crew with the pending adoption of Yana and another due in May.

James spent 23 years as a classroom teacher in public, private and parochial schools. She taught English at Franklinton High School from 1985 until 1989. She also sponsored the Demonettes and Yearbook staff. She served for three terms as a member of the Washington Parish School Board from 1996 until 2007. During her tenure as a board member, she was appointed by the Louisiana School Board Association to be a part of the Federal Relations Network of the National School Board Association. As a representative, she traveled to Washington, D.C., each year to meet with members of Congress and the Education secretary.

In 2000, Holly participated in the National Writing Project through Southeastern Louisiana University and followed that as an Advanced Project Fellow in 2001, 2003 and 2004. In years past, Holly has served the community as a Cub Scout Master and a Girl Scout Troop Leader. Presently, she is a co-owner of Café Bouchée with her husband and son David. She said she is honored to be named a grand marshal of the homecoming parade this year and looks forward to seeing former students and old friends along the parade route on Friday. She will be honored by FHS Principal Lisa Tanner during the pregame festivities following the crowning of the Homecoming Queen.

“I am thrilled with this year’s choice for grand marshal for our annual homecoming parade!” said Tanner. “Holly is so very deserving of recognition for her past efforts as well as her continued support of Franklinton High School and the Washington Parish School System. I invite everyone to be attendance at 12:30 Friday in downtown for the parade and again during pregame beginning at 6 p.m. as FHS honors not only this special lady but also the young ladies of our homecoming court followed, of course, by some great Demon football.”

The Robert “Bob” Hicks Foundation is working to preserve the history of the local Civil Rights Movement to recognize those... read more