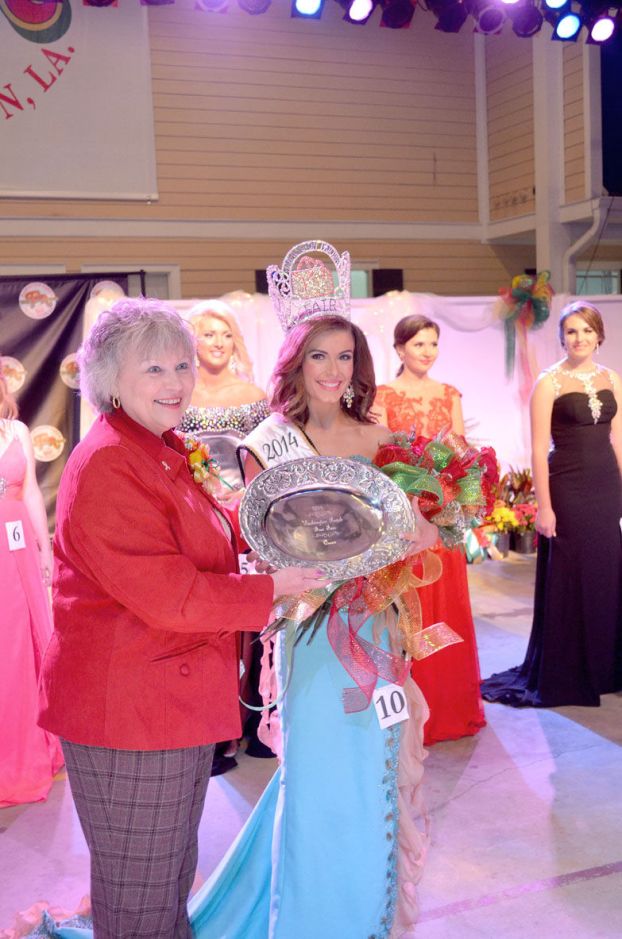 To hear Destanie Austin explain it, her crowning as Washington Parish Fair Queen Tuesday night was completely unexpected — but amazing.

A 17-year-old Franklinton High School senior, Austin won the pageant over nine other contestants. She didn’t have much time to think about her accomplishment as she rode in the Washington Parish Fair parade the next morning.

“I’m very excited. It was a shock to me when I won,” Austin said Wednesday night. “I’m ready to represent the parish and excited to fulfill my duties as Queen.”

I didn’t think I was going to win because I wasn’t a big name in Franklinton, so it caught me completely off guard,” Austin said. “When they called my name, I looked at all the other girls to ask if they had called your name. I’m not the most popular girl at Franklinton who was competing.”

Contestants were judged on interviews from earlier in the day, an on-stage question, grade point average and stage performance.

“The judges told me I won them over in the interview, that I had them at the word ‘hello’,” Austin said.

For her on-stage question, Austin was asked what was the best advice she had ever been given.

“The best advice I have ever been given came from my grandmother that blood is thicker than water and to never let peer pressure get in the way of my morals,” Austin told the judges.

At the end of her reign, Austin will receive a $4,000 college scholarship. She said she will attend either UCLA or LSU.

Austin is the daughter of Stacey and Felix Austin. She attends Landmark Baptist Church in Amite.

Austin said riding in the parade was every girl’s dream.

“It was amazing. All the people were so kind,” Austin said. “It was my one day where I felt like a princess. All the little kids and their parents told me my answer last night made an impact on them. That made me feel good.”