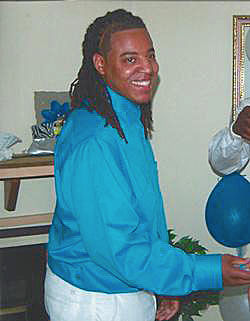 He was preceded in death by his father, Dewaun Yarbrough; and his grandparents, Rosie Harris, Monroe Jenkins, Gayle Jenkins, Rebecca Bush, Mildred and Robert Brown Sr. and J.L. Walker of Prentiss, Miss.

Visitation will be Friday, Oct. 17, 2014, from 2 p.m. to 6 p.m. with family hour from 6 p.m. to 7 p.m. at Crain and Sons Funeral Home in Bogalusa. The funeral service will be Saturday, Oct. 18, 2014, at 10 a.m. at Second Baptist Church in Bogalusa, with the Rev. Darryl Self, pastor, and with Pastor Michael O’Ree officiating. Interment will be in the Bogalusa Cemetery.

Crain and Sons Funeral Home of Bogalusa is in charge of arrangements. Sign guestbook at www.crainandsons.com.

Gene Ashby entered into his eternal rest on Oct. 10, 2014. He had dealt with a lengthy illness for quite... read more