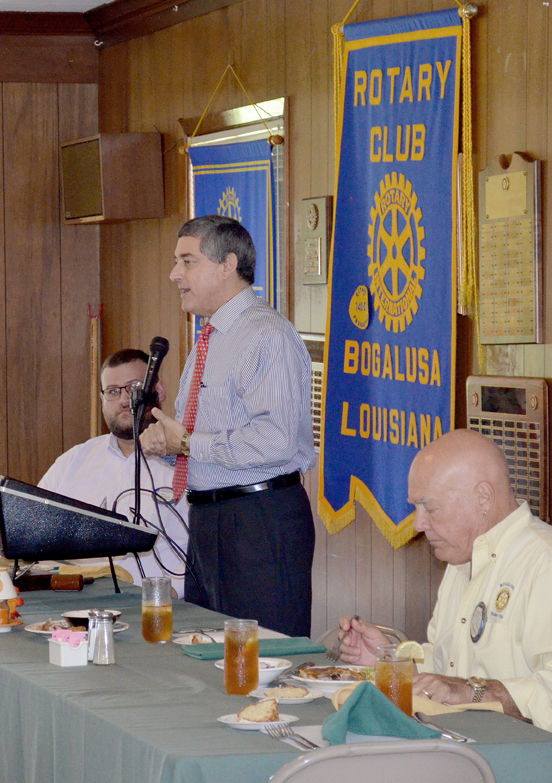 “We do have a character all our own,” said Dardenne.

As lieutenant governor, Dardenne heads up the state’s Department of Culture, Recreation and Tourism, a department he said keeps squeezing elements under its umbrella. Besides the obvious tourism-related matters, such as state parks and museums, the department also oversees elements such as the Louisiana State Library and Louisiana Seafood.

“Last year was a record-setting year for us,” he said, noting that the tourism industry added $807 million to Louisiana’s tax revenue in 2013. “It is a growth industry.”

He said that his office has strived to run the tourism industry similarly to other industries in the state, with specific business strategies and advertising campaigns. These efforts have earned the Louisiana Office of Tourism the honor of being named Southeast Tourism Society Office of the Year.

One of the main ways Dardenne said his office has been able to expand Louisiana’s tourism industry is through the use of social media and other Internet-related platforms.

“People are communicating about experiences they had in Louisiana,” he said.

He said another victory is the 18 percent increase seen in international visitors to the state.

Dardenne explained, “International visitors stay longer, they spend more money, and they visit other parts of the state (besides New Orleans).”

Recent advertising campaigns for the Office of Tourism have capitalized on those things that often spring to mind when one conjures images of Louisiana. Last year’s campaign highlighted the state’s musical heritage, while that of this year has focused on things that can only be found in Louisiana. In 2015, advertising will feature the state’s edible treasures.

Dardenne also said a somewhat new endeavor for the office is to try to paint the state as a haven for retirees. He said retirees today are in many cases not just looking for a quiet place to read a book. They want to be close to entertainment options, as well, and Louisiana’s small towns provide the perfect setting for these criteria.

The Rotary Club of Bogalusa will get a visit from District Governor Brian Hall when it meets for its regular meeting Tuesday.

The hats say it all