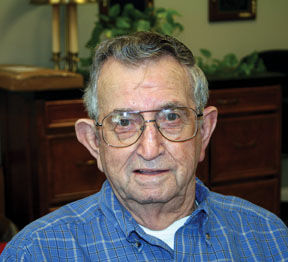 To those who knew him, Bill Woodward was a passionate, caring man who went out of his way to try and help the less fortunate.

Woodward, an 86-year-old Bogalusa resident, died Friday, Sept. 26, at Our Lady of the Angels Hospital in his hometown.

Woodward was a longtime columnist for The Daily News. In one of his last columns, Woodward wrote on April 28 how the winter of 2014 caused people so many problems. Like so many of his columns, Woodward ended by asking for the Lord’s blessing in daily life.

Woodward was a 30-year member of Superior Avenue Baptist Church. He was ordained as a deacon of the church in March 2000. Superior Pastor the Rev. Clay Norwood remembers Woodward as a tireless worker in the church during the 10 years Norwood knew Woodward. Woodward taught Men’s Sunday School class for many years.

“Bill was a really good guy, a thoughtful guy,” Norwood said. “He chaired the Benevolent Ministry. That was one of his main concerns, helping people.”

Woodward was also involved in working with the Bogalusa Help Center on Martin Luther King Drive, a food bank that supplies food to the needy.

“Bill had a heart for helping people,” Norwood said. “He was very friendly, a good guy to be around. He was well respected in our church. Some of the younger guys who took leadership roles in the church looked to Bill for advice. He was a wise man.”

“He was a faithful husband,” Norwood said. “You rarely saw one without the other. What stood out to me about Bill was that he was a loving husband, a faithful church member and had a heart for helping people.”

Some of Woodward’s interests included square dancing, calling bingo games at Bogalusa Senior Center and traveling. The square dancing group he and his wife were in was called “Jeans and Queens.”

“I found him to be a real upstanding person,” Carline Jenkins said shortly after eating lunch at the Senior Center. “We square danced together, and my husband and I bought a house from him on Superior Avenue. He was always willing to help me and do little things around the house when my husband was at the mill. We’ve always been friends with Bob and his wife.”

Jenkins said Woodward was a popular fixture at the Senior Center.

“Everybody respected him,” Jenkins said. “He kept people informed to what was going on around town.”

Jenkins remembered Woodward as a frequent traveler. Woodward and his wife moved back to Bogalusa approximately 20 years ago.

“After Bob went on disability, they traveled to different places,” Jenkins said. “They lived in that motorhome for several years. When they returned to Bogalusa, they kept the motorhome. Her sister was married to one of my cousins at one time.”

Simmons said she saw Woodward shortly before he died.

“I went to see him on a Sunday. He was planning on setting up a new laptop for articles to the paper. He had probably got one started.”

Woodward was preceded in death by his wife; a son, William Woodward Jr.; and his parents, George Ambrose Woodward and Minnie Stallings Woodward.

His is survived by one daughter, Diana Gayle Teel of Panama City, Fla., and numerous grandchildren and great-grandchildren.

Visitation continues this morning at Poole-Ritchie Funeral Home Chapel from 9 to 10:30 a.m. Services are at 10:30 a.m., with Norwood officiating. Interment follows at Ponemah Cemetery.