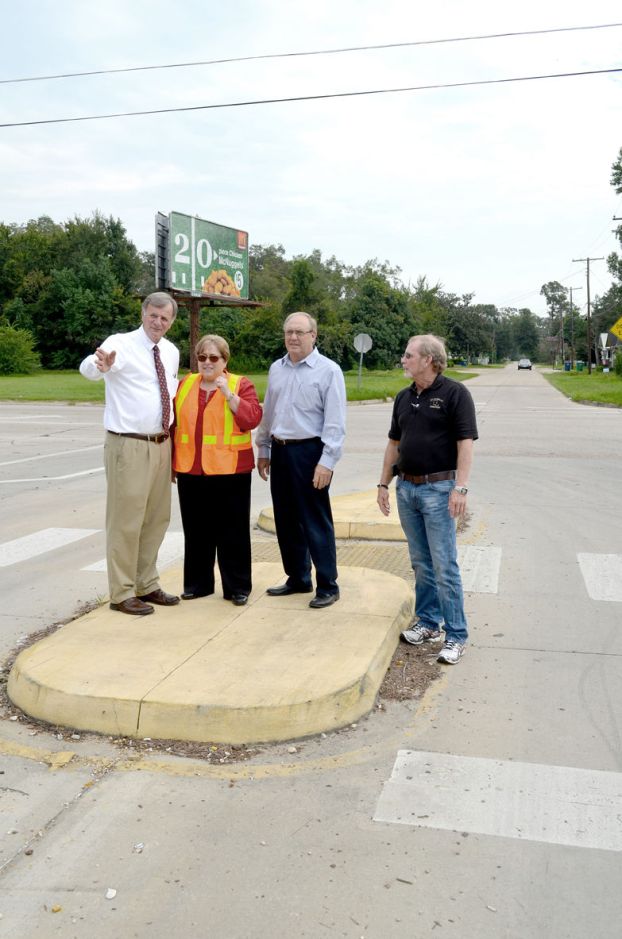 Officials from the State Department of Transportation Development and state Sen. Ben Never converged on the Bogalusa City Hall on Tuesday to discuss with Mayor Charles Mizell various road projects currently in the works.

Two of the road projects that topped the discussion were the Sixth Street project leading from Louisiana Highway 21 to the International Paper Box Plant and the road transfer credit for part of Louisiana Highway 1075 to be transferred to the City of Bogalusa.

“This is all a vision set out by the Mayor and Council,” Nevers said. You’ve got a 1920s road leading to a world-class paper company.”

The Sixth Street project provides $3,852,064 in road transfer credit to the City of Bogalusa. The DOTD will repair the base of the road when needed and overlay East Sixth Street from its intersection with Avenue U southeast approximately 900 feet to where it intersects with Louisiana Highway 3124, or South Columbia Street. The project also includes improving concrete repair, improving sidewalks, curbing, lighting, landscaping and other beautification projects along South Columbia Street.

The project will extend Willis Avenue from its intersection with Highway 3124 east approximately 0.2 miles to Highway 21.

“I think it’s going to lead to great infrastructure improvement within the City of Bogalusa and outlying areas,” Nevers said. “Everyone was involved in these projects, from the tremendous leadership of the city as well as the state.”

Mizell said he couldn’t be happier.

“This has been a long process,” Nevers said. “This is going to enhance safety for our people.”