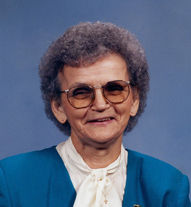 Patty Lou Hines Henley, a native of Bogalusa and resident of Baton Rouge, passed away in her home on Thursday, Sept. 11, 2014, surrounded by loved ones, and went to be with her Lord and Savior in Heaven. She was born Aug. 17,1928, in Tylertown, Miss. Pat was an amazing mother, grandmother, great-grandmother and friend who opened her heart and home to everyone. She was an incredibly hard worker and made a lasting impact on everyone she knew.

There will be a wake in Baton Rouge on Sunday, Sept. 14, 2014, from 2 p.m. until religious service at 5 p.m. at Trinity Lutheran Church on Florida Boulevard, conducted by Pastor Dave Buss, and a second wake and service under the direction of Poole-Ritchie Funeral Home on Monday, Sept. 15, 2014, at Zion Lutheran Church in Bogalusa from 9 a.m. until religious service at 1 p.m., conducted by Pastor Dave Buss, with burial following at Enoch Hines Cemetery. Pallbearers will be Charles Hienz Jr., Charles Hienz III, Doug Popwell, Mark Mitchell, Charles Henley and John LeBlanc. In lieu of flowers, the family is requesting memorial donations in her name to the Enoch Hines Cemetery at 2886 Cedarcrest Ave., Baton Rouge, LA 70816 or Trinity Lutheran Church at 10925 Florida Blvd., Baton Rouge, LA 70815.