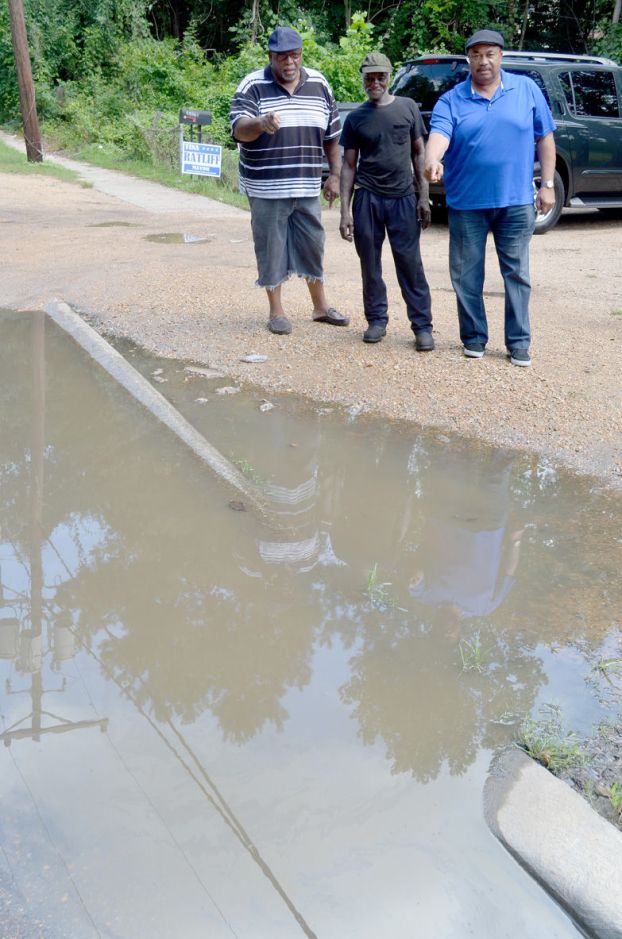 Neighborhood residents said the problem is the narrow roadway on both sides of the bridge. They said when fire trucks meet other large vehicles on the road, one must stop and move over to let the other pass. Both curbsides of the road are blackened from tire marks.

Another problem residents said is drainage. After a rain, one side of the street has standing water.

The bridge was a Louisiana Department of Transportation Development project.

“The bridge is beautiful. We’re thankful for the bridge, but both sides of the bridge is the problem because they’re so narrow,” Poplas Street resident Joel Miller said. “You can see all the tire prints on the curb to avoid running into each other. And it just floods up in here when it rains.”

Mayor Charles Mizell left open the possibility the state could come back and rework the bridge and approaches.

“The bridge was closed for a long, long time,” Mizell said. “I’m just thankful for the new bridge. Maybe the roadway on either side of the bridge was not designed as I would have done it. Let’s just enjoy it today and request a professional opinion on the safety of the width of the roadway.”

The bridge is approximately 3 years old. The approach is elevated before the bridge. The design placed three drains on the uphill side and one on the opposite side, going north.

William Johnson owns Johnson Auto Repair near the bridge, and he said there is a definite problem.

“Cars come through here and hydroplane whenever it rains,” Johnson said. “(Cars) didn’t used to do that until (the city) fixed the bridge here. Before, water went into the drain. But now we’ve got this.”

Miller said he and neighborhood residents would like to see the problem addressed. And add streetlights.

Miller brought up the bridge issue once again to the Mayor at Tuesday’s City Council meeting.

“The bridge was designed by professional engineers from the Department of Transportation Development,” Mizell said. “We do have some issues there.”

DAILY NEWS PHOTO/Randy Hammons A plane prepares to take off from the Bogalusa Airport Saturday after the airport hosted a... read more