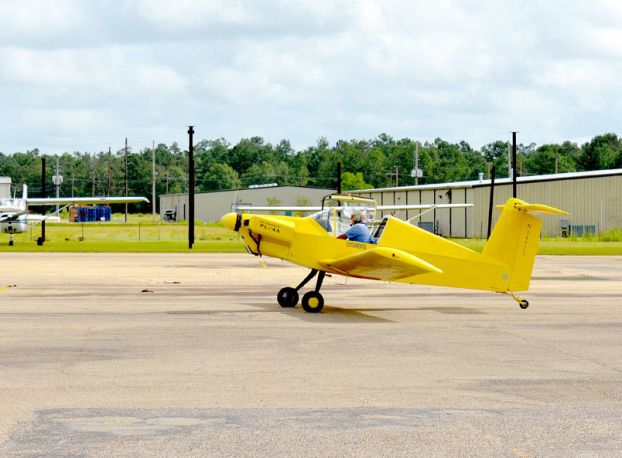 Saturday’s Flapjack Fly-in at the Bogalusa Airport attracted pilots from as far away as Jackson, Miss., according to airport manager Louis Busby.

In all, Busby said the airport welcomed 40 planes and approximately 100 people. The visitors mixed with locals in the airport hangar and enjoyed pancakes with syrup, along with coffee, soft drinks and water.

“For the weather we had coming in, we had a great turnout,” Busby said.

Bogalusa residents Tyrie Rogers had front row seats in the hangar with her grandson, Skyler Blackwell, and her son, Jason Forna.

“(Skyler) has just been fascinated with planes all his life,” Rogers said. “He enjoys watching them come in and out.”

A particular sight of interest was a biplane that drew plenty of attention from those in the hangar.

Bogalusa City Council President Doug Ritchie was on hand to watch planes land and take off.

“It was good to see all those folks in town,” Ritchie said during Tuesday’s City Council meeting. “I’m looking forward to the next one. I wish it could be more than once a year.”

Acting on a complaint from a family member and following a thorough investigation, the Washington Parish Sheriff’s Office arrested Bogalusa... read more