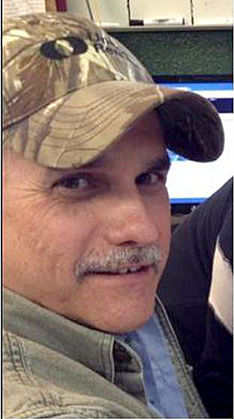 Edward “Arnold” Cooper Jr. was called home on Monday, Sept. 1, 2014, at 58 years young, while surrounded by his loving family. He was born in Bogalusa on June 8, 1956, to Marigayle and Edward Arnold Cooper Sr.

He was a loving and devoted father to Darryl and Corey Cooper and an adoring grandfather to Alanna, Gage, Bryce and Brock Cooper. He was a loyal and caring brother to four siblings: Lourenda Stewart, Cindy Cooper (deceased), Kenneth Cooper (deceased) and Edgar Cooper. Arnold loved his fiancée, Robin Chastant, as well as his daughter-in-law, Allison Cooper. He was a proud uncle to numerous nieces and nephews.

Arnold adored his family, and loved nothing more than spending time with them in any way he could. He was known as a jack-of-all-trades and could fix anything. Arnold was quick to help a neighbor in need and will be missed by all.

Family and Friends are invited to his memorial service from 5 until 9 p.m. on Wednesday, Sept. 3, 2014, at Poole-Ritchie Funeral Home, 216 Alabama Ave., Bogalusa. In lieu of flowers, the family has requested donations be made to Mary Bird Perkins Cancer Center at St. Tammany Parish Hospital at 1203 South Tyler St. in Covington or online at marybird.org/stph.