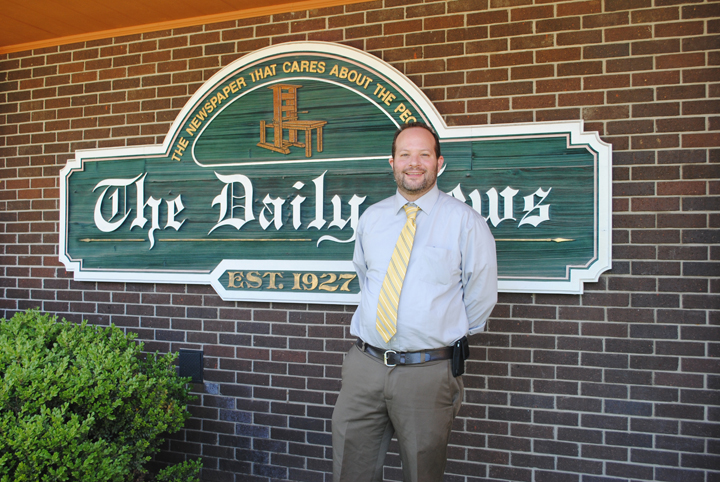 The Daily News welcomed David Vitrano back to its offices on May 1 as its new general manager and managing editor.
Vitrano began his newspaper career as a reporter with The Daily News about nine years ago, and for the past seven years has worked at The Daily News’ sister newspaper, L’Observateur, in LaPlace, where he also served as general manager and managing editor. While at L’Observateur, Vitrano led the newsroom to numerous Louisiana Press Association awards, including top prizes in the General Excellence, Editorial Sweepstakes and Newspaper of the Year categories last year.
Vitrano grew up in the suburbs of New Orleans and graduated valedictorian at Archbishop Rummel High School. He went on to Tulane University, graduating with a bachelor’s degree in English and Asian studies.
After graduation, Vitrano spent two years in Japan teaching English in rural Japan before embarking on a yearlong trek across Asia and North Africa.
After his return and while living in New York City, Vitrano decided he wanted to move back to his home state and chose to study print journalism at the graduate level at LSU in Baton Rouge.
“I look forward to reacquainting myself with Bogalusa and the rest of Washington Parish,” said Vitrano, adding, “And I look forward to continuing the traditions and high standards of quality of The Daily News for many years to come.”