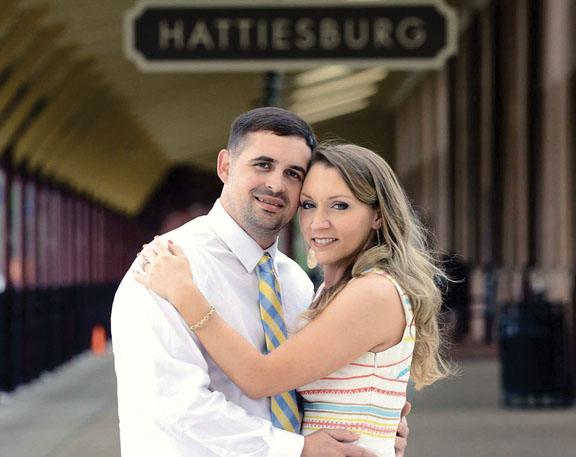 Jewell and Denice White of Pineville, formerly of Bogalusa, are pleased to announce the engagement and approaching marriage of their daughter, Lindsay Elyse White of Hattiesburg, Miss., to Marcus Harold Padgett of Columbus, Ga., son of Arlene Padgett of Moselle, Miss., and the late Mark Padgett.

The bride-elect is the granddaughter of Betty White of Bogalusa and the late Julius Jewell White and the late Dr. William and Thelma Dick. She is the niece of Debbie and Joe Bateman of Bogalusa.

She is a 2006 graduate of Pineville High School and a 2010 University of Southern Mississippi graduate, with a bachelor of science degree in psychology. She earned her master’s degree in marriage and family therapy in 2012. She is employed as a program specialist with the Dore Program.

The prospective groom, a 2003 graduate of South Jones High School, is a Bradley Master Gunner Instructor with the U.S. Army.

The couple will exchange vows in a 6 p.m. ceremony on Saturday, June 14, 2014, at Melady House Plantation in Alexandria.