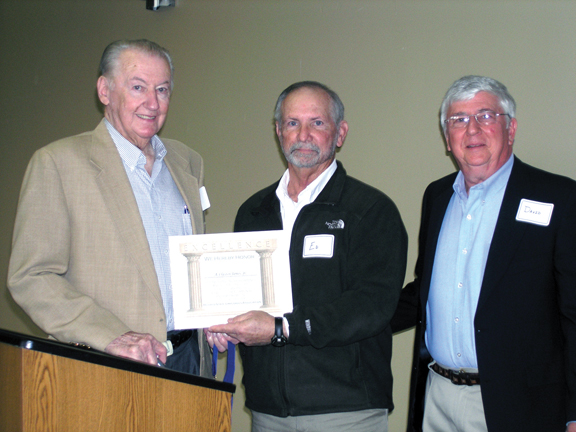 The North Shore Chapter of the Retired State Employees Association held its annual meeting March 5 at the Greater Covington Center.

Chapter president David Thomas led the meeting, beginning with the presentation of the North Shore Chapter’s Member of the Year Award, which was presented to retired judge A. Clayton James of Franklinton by Ed Day, prior chapter president. James was also presented with a medal and certificate noting his dedication and service over the years.

Representative John Bel Edwards was in attendance and made a few remarks about the upcoming Legislative session. The annual meeting included an update from RSEA Executive Director Frank Jobert on the Association’s status as well as upcoming legislation of interest to retirees.

Participants were asked to bring food items for donation to the Food Bank of Covington. A cash collection also was presented to that group.

The officers for 2014 were announced. They are David Thomas, president; Beryl Schilling, vice president; and Mittie Rohner, secretary.