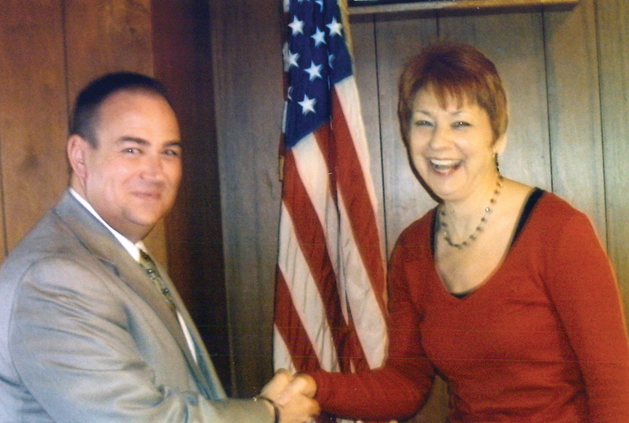 Joannie F. Miller was sworn in recently as a member of District 3 of the Washington Republican Parish Executive Committee, representing the same parish district as Dr. Chuck Nas-saurer.

City Prosecutor David Merlin Duke administered the oath of office, where she affirmed her support of the Consti-tution and the laws of the United States and the state of Louisiana.

Miller was already on the job before her official swearing in, when she charged with creating the menu and handling the feeding for Fifth District Congres-sman Vance McAllister’s recent visit to the committee’s Red, White and Blue Suede Shoes Fun(d) Raiser. More than $1,000 was taken in to fund the future membership drive and activities.

On uneven months, the committee meets at the local city hall at 6 p.m.