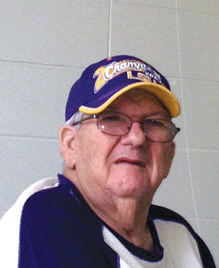 He was born on Jan. 11, 1937, and worked at the paper mill from 1955 until an injury in April 1985 resulted in his disability retirement. Jimmy was an ordained minister of Jehovah’s Witnesses, and he was faithful to the end of his life. He conducted many funeral discourses.

He is survived by his loving wife of 51 years, Elsie Ann Thomas Rhymes; one very special adopted daughter, Danette Rhymes, and her fiancé Jamie Stockstill; one granddaughter, Kelly Evette Ellis of Mt. Hermon and Bogalusa, who was her Papa’s heart; and former son-in-law, Pat Ellis of Mt. Hermon.

He is also survived by a host of family and friends.

A visitation and memorial service will be held Friday, April 18 at Brown-McGehee Funeral Home from 11 a.m. to 2 p.m., with Elder Clifton Ray Taylor conducting the service. Burial will take place at a later date.

The family requests no flowers.