Salvage Store to reopen inside Bogalusa 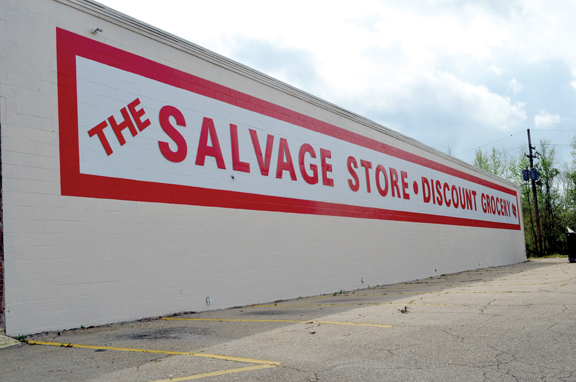 The Salvage Store, which was located on Louisiana Highway 10 in Lakeview until the building was damaged by a fire that started in a back building on March 11, will reopen inside Bogalusa city limits by the end of April, according to company owner Ron Feske.

The plan is to open in the former Sav-U-Mor site in the Northgate Shopping Center behind Zesto, and the move is already in process.

By late this week, one wall was filled with brand new freezers and a back wall was awaiting new coolers. Meanwhile, people were at the old site loading shelving and checkout counter equipment into a truck for transport into town.

“I’m excited,” Feske said. “We’re eager to get back open.

“We’re coming back. And we’ll be inside the city limits of Bogalusa, so we should be more convenient. Maybe we can revitalize that shopping center. I heard the city is in negotiations with another business, and we are helping find tenants for the other end.”

He said his business is “geared toward saving the public money,” and that he’d like to help establish Northgate as a center for stores with a similar philosophy.

Both the building owner and the city have “worked well” with the business, Feske said. He was happy to move the store inside city limits.

“The city has been very good to us during this trying time,” Feske said. “We are excited to bring a new business to Bogalusa so the sales tax revenue goes to help the city.

“We explored all options during the time of transition. We looked at Slidell and Picayune (Miss.). But we feel this is the best new fit. We want to help the city.”

He said the store retained all of its employees, and added that the company distribution center’s impending move to a bigger space in the city’s Industrial Park should necessitate some new hires.

He said that anybody who wants updates about when the store is ready to open should “like” The Salvage Store Discount Grocery on Facebook.

For additional information, check out the website at www.mysalvagestore.com.