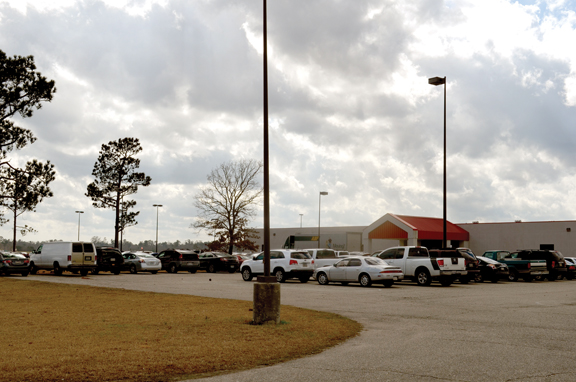 The General Dynamics Information Technology call center in Bogalusa has gotten a reprieve. That’s good news for more than 600 employees who were told in February that the doors would close on April 25.

More specific information was not available as of press time, but the Center for Medicare and Medicaid Services, which contracts the call centers, was working on a response, which will be included in a future story.

“This increased demand for quality, affordable health coverage that families and businesses can count on shows that the ACA is getting stronger every day. It is not only resulting in greater access to health insurance coverage in Louisiana, but also jobs on the ground in Bogalusa.”

“This is excellent news for the City of Bogalusa and the hundreds of high quality workers employed by General Dynamics whose jobs are now saved,” he said. “I’m pleased to see that the Center for Medicare and Medicaid Services saw how important this is to my district and the state of Louisiana. As long as I am in office I will continue to fight for the health of our economy and the preservation of jobs.”

At the request of Bogalusa Mayor Charles Mizell and the Louisiana legislative delegation, Landrieu, McAllister and U.S. Sen. David Vitter spoke with General Dynamics representatives, adding their voices to the calls for the reportedly successful center to stay in operation.

Mizell was pleased that the combined efforts worked.

“This is great news, and it could not come at a better time for our city,” he said. “GDIT is the largest employer in Bogalusa, and the jobs are very important to our people and to the health of our economy.”

He added that he was grateful to those who advocated on the city’s behalf and got results.

“Keeping this call center open is a big deal for Bogalusa and the surrounding area,” he said.

“The 600 jobs created by GDIT are a boost to our local economy, and I appreciate the work Sen. Landrieu and other officials did to make this happen.”

Just how long the center will remain open is currently unknown.

After the plan to close in April was announced in February, Washington Economic Development Foundation Director Ryan Seal said the business, which opened the previous August, had signed a year’s lease and would be held accountable.

He also said that, while the city and WEDF would pursue other companies to move into the call center, he’d like GDIT to stay.

“If there is any way possible to retain General Dynamics, that would be the best case scenario,” Seal said at the time.