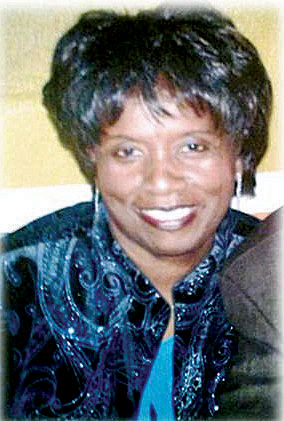 Carol Jean Bolton Morgan left this world Monday, March 31, 2014, with her family by her side.

She was born Dec. 23, 1939, in Bogalusa, to the late Joseph Bolton and Helen Brown Smith (Robert Smith Jr.). She was the granddaughter of the late Teria Martin Brown, one of the founders of St. Paul A.M.E. church.

She joined St. Paul A.M.E. church at a very young age. During her early years, she was a member of the Sunday school, junior choir and the A.C.E. League. She later became a member and past president of the Senior Usher Board, member of the pastor’s aide and Missionary Society, served on the Steward Board as Steward Pro-Temp and assisted on the Centennial Committee and Young People’s Department. She graduated from Central Memorial High, Class of 1959, and attended Southern University. She was employed by the Bogalusa City School System for 30 years as a paraprofessional and was a very active sponsor of the Delta Service Club.

She was preceded in death by her parents; a stepmother, Myrtle Bolton; a stepsister, Bessie Smith Clark; and a brother, Lorance Dexter.

Visitation will be Friday, April 4 from 2-6 p.m., with a family hour from 6-7 p.m. at Cook-Richmond Funeral Home. The funeral service will be held Saturday at 11 a.m. at St. Paul A.M.E. Church in Bogalusa, with the Rev. R.L. Palmer officiating. Interment will follow at Bogalusa Cemetery.