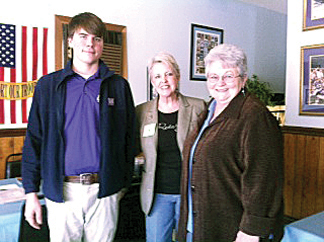 Speaking at a recent Rotary Club meeting in Franklinton, Kreig Todd, president and founder of Memory Walkers of Washington Parish, spoke about the growing epidemic that Alzheimer’s disease has become. He said 83,000 Louisiana residents are living with Alzheimer’s or some form of dementia, and that number is expected to rise to more than 100,000 by 2025.

Sandra McDaniel, a certified Alzheimer’s facilitator, talked about how her father’s Alzheimer’s had affected her and her family. She said he lost his life to the disease in 2010.

Kreig noted that a Memory Walk has been scheduled in Mandeville on Nov. 8 to raise funds and awareness of the disease.

The Rotary Club of Franklinton meets Thursday’s at noon at Mike’s Restaurant.