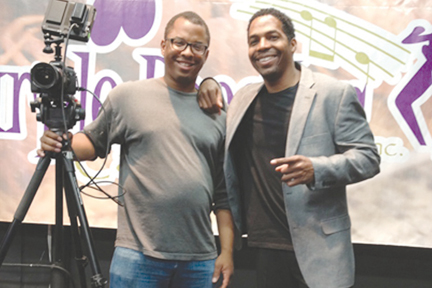 The first episode went online Wednesday at www.nextuptheseries.com. Episodes appear every other week, and the next is set to debut Feb. 25 at 7 p.m.

Once posted to the website, episodes can be viewed any time.

The web series was made possible in part through community support, and Lewis said he would like to thank everyone for the donations and contributions made during his Indiegogo fundraising campaign. A donation page was set up on that site last year to raise funds for the filming of the series.

Four episodes of “Next Up,” a comedic web series that follows Lewis and his crew as they put together episodes of his talent show, have been filmed.

He said donations could help the series continue. Those can be made by clicking on the donation tab at www.nextuptheseries.com.