Crosby: Back to School rally a success 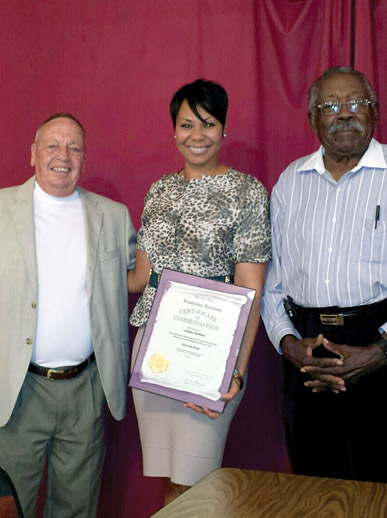 Minister Frankie Crosby, one of the organizers of the Southeast Louisiana Re-entry Coalition, reports that their recent Back to School Rally to benefit children of at least one incarcerated parent was a success.

“The turnout was great and the children received supplies and free haircuts,” he said. “As the sponsor of these Back to School rallies for the past 10 years, I would like to work with other organizations that are thinking of doing a back to school rally next year.

This year’s event was held at Sweet Home Church of Christ in Franklinton, pastored by Elder Washington Drake.

The Rev. Johnny Causey brought a gospel-filled sermon, said Crosby, but it was the “speech for all ages,” delivered by Arkebia Matthews, that was the highlight of the day.

Matthews, director of the Office of Supplier Diversity in the Landrieu administration in New Orleans, said one out of 27 African-American children has a parent in jail or prison. And for those of Hispanic of Latino origins, she continued, that number is one in 36. For white children it’s one in 72. Matthews said that while she had been one of those disadvantaged children, but with hard work and perseverance she was able to succeed. They could, too, she assured them.

Crosby thanked all who donated time, supplies or money to the community event.

“I am hoping next year we can get a tractor trailer filled with supplies. With God all things are possible.”