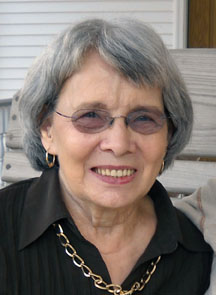 Many of us grew up with Dr. Norman Vincent Peale’s book, “Power of Positive Thinking,” and I always thought it made a lot of sense.

Looking at me he said confidently, “No, you can’t!”

“You can’t be the father of a large family,” he said without cracking a smile and walked away.

Since then, all through life I have discovered over and over again that there are things I can’t do — or maybe not do as well as somebody else — no matter how hard I try.

“Can’t means haven’t tried” is an old saying Mama used often. However, sometimes even when you try you come out on the losing end.

I have tried in the past to pick up things that were too heavy for my small size. No matter how much I huff and puff, I can’t. Only an idiot keeps on trying to do something they can’t physically accomplish. That was not what my mother had in mind.

According to the researchers, it does no good to act like the “Little Train That Could,” who said, “I think I can! I think I can!” Unlike the little train, there are some things we can’t do no matter how many times we say, “I think I can!”

And failing makes people feel bad about themselves and therefore they are worse off.

Long ago I realized that I cannot repair anything mechanical or technical no matter how much I would like to, because my mind doesn’t work that way. We can still be positive thinkers and try things we think we can do.

Some people say, “I wish I could do that,” whether sewing, cooking, quilting, painting, whatever. When asked if they have tried, the answer is usually no. If you don’t try, you will never know.

I remember once as a teen I really wanted to shoot my brother’s new rifle. I thought if I could pick it up and aim, I could hit a target. He told me I need not try, because I wouldn’t be able to do it. I persevered, and finally he handed the rifle in my direction and told me to shoot it.

“You see that pipe sticking out of the ground there in the woods? Let’s see you hit it!”

Actually, I could hardly see the pipe, much less hit it, but to give up at this point would have been humiliating. So I raised the rifle, aimed at what I thought was a pipe and pulled the trigger. To my surprise and his, I put the bullet dead center of the pipe I could hardly see. He was amazed and so was I. I handed the rifle back to him and marched off in complete victory.

I figured I’d better quit while I was ahead. It was the first and last time I have ever shot a rifle. Beginner’s luck? I haven’t a clue. Maybe it was positive thinking. I thought I could, so I did!

Thinking positively can make your life better, and according to Dr. Peale’s theory, life is better when one thinks positively most of the time, admitting at times we all may tend to be a little negative.

For some extra reading, here are some of his quotations:

“When life hands you a lemon, make lemonade.”

“The world would go on even without you. Don’t take yourself so seriously.”

“As long as enthusiasm holds out, so will new opportunities.”

“It is of practical value to learn to like yourself. Since you must spend so much time with yourself you might as well get some satisfaction out of the relationship.”

“Joy increases as you give it, and diminishes as you try to keep it for yourself. In giving it, you will accumulate a deposit of joy greater than you ever believed possible.”

“Believe it is possible to solve your problem.”

“Tremendous things happen to the believer. So believe the answer will come. It will.”

“Watch your manner of speech if you wish to develop a peaceful state of mind. Start each day by affirming peaceful, contented and happy attitudes and your days will tend to be pleasant and successful.” (Try prayer. That’s me, not necessarily Dr Peale.)

“The trouble with most of us is that we would rather be ruined by praise than saved by criticism.”

“A positive mental attitude is a belief that things are going to turn out well, and that you can overcome any kind of trouble or difficulty.”

“The tests of life are not meant to break you, but to make you.”

If I may contradict the researchers in that study, thinking positively has to be much more helpful than harmful. It can’t hurt, and it has certainly worked for me.