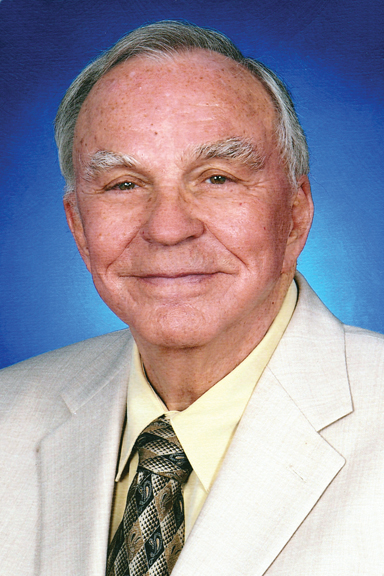 Leeke L. Magee, 89, succumbed in his long battle with cancer on Saturday, Aug. 31, 2013. He passed away in his home, his beloved wife and best friend, Evie, by his side. Leeke departed in peace, as a man of solid faith at the end of a life well lived.

He was preceded in death by his son, Michael Magee; his parents, Marion and Florence Voth Magee; his siblings, Woodrow Magee, Madeline Magee Thompson, Bobby Magee and Johnnie Magee.

Leeke was born in Washington Parish on Dec. 8, 1923, (or 1924, he never was quite certain.) After completing school, he enlisted in the Merchant Marines (a division of the Coast Guard) in the midst of World War II. Leeke later returned to his hometown, established Magee Financial, and rose to prominence in the business community by offering lending opportunities in small town America, which was mostly ignored by large banks at the time.

His business holdings grew to include multiple companies, including Magee Autoplex and several real estate development companies. He was a resident of St. Tammany Parish for more than 40 years but never lost his love for his hometown of Franklinton and maintained his business headquarters there.

Although his companies multiplied and his business accomplishments were substantial, the true measure of Leeke’s character lay in his countless acts of selfless generosity. The man who never stopped recognizing economic potential was just as acutely observant of the potential to offer kindness to others.

He will be greatly missed by all who had the good fortune to be in the warmth of his smile for even just a little while. His family prays that his life be a testament in faith and generosity.

“But the fruit of the Spirit is love, joy, peace, forbearance, kindness, goodness, faithfulness.” Galations 5:22

Visiting hours will begin Thursday, Sept. 5 at First Baptist Church of Covington, 16333 Louisiana Highway 1085 in Covington, from 9 a.m. until time for the funeral service at noon. Interment will follow at Magee Springhill Cemetery in Washington Parish.

E.J. Fielding Funeral Home of Covington has been entrusted with arrangements.

In lieu of flowers, Mr. Magee’s family respectfully requests donations be granted to the New Orleans Baptist Seminary, 3939 Gentilly Blvd., New Orleans 70126, as the education of the faithful was a cause most dear to his heart.