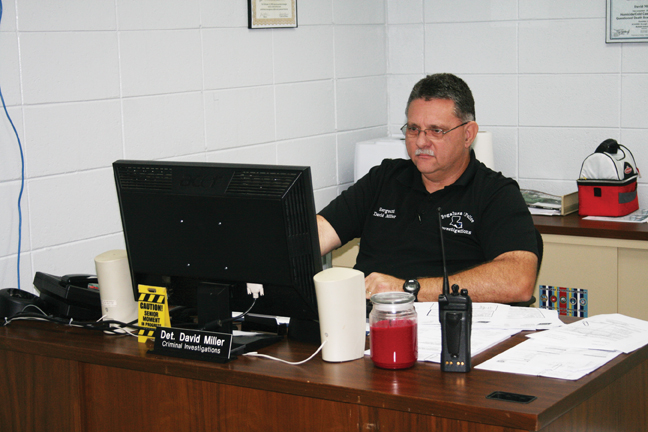 The offices of the Bogalusa Police Department detectives used to be in what was basically the basement of City Hall — around back and pretty much under the hill. Everybody called the small, windowless complex “the dungeon” and over the years, it had become infused with an undeniable air of largely male camaraderie.

The space was small, basic and not very secure. The door was kept unlocked, so anyone who might have had an inclination to pull up, hop out and walk in could have machine gunned the whole bunch in the blink of an eye.

Fortunately, that’s no longer the case.

The detectives and the narcotics and street crimes officers have moved into the space in the police headquarters and city jail building that was recently vacated by the Washington Parish Sheriff’s Office. Public access is now controlled.

Detective Kendall Bullen said the move was made over a weekend because the investigators couldn’t afford any down time.

“We have to stay functioning to keep on top of investigation leads,” he said. “The office is open Monday through Friday, and we’re on call over the weekend.

“The phone company cut us over on Friday evening, and we moved in over the weekend so we could be operational Monday morning.”

About two weeks later, the move is still in process, and the detectives and other officers are working to get accustomed to the transition and to stretch out in the larger space.

The detectives’ offices are “up front” near what was the WPSO reception area, and arrangements are under way to get a BPD receptionist moved in and to reopen public access on the Austin Street end of the building. That door opens onto a waiting area and an interior door with a buzzer release entry.

The narcotics and street crimes officers are on the far end, by the main headquarters entry. And an interrogation room, equipped with a camera and other devices, is in between.

“We have the whole building now,” Bullen said. “I think it makes things more accessible to the patrol side. It helps with communication.”

The physical move has also prompted the BPD Criminal Investigations Division to begin using a new telephone system that offers ease of communication with the public. Now people can call just one number, 732-6238, to reach anyone in the Criminal Investigations or the Narcotics Division, and all the detectives have voice mail, so if they are not available, callers can leave a message.

There is also an option for people to leave a message for the detectives on the BPD Tip Line without having to speak directly with the police or to even identify themselves.

Improved accessibility to the public and to others within the BPD, plus more space and increased security, makes the new offices a step up for the detectives who no longer have to report for duty in the dungeon.