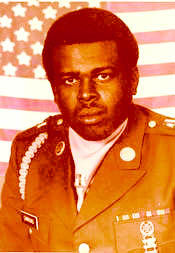 Lucius Lee Simmons, 60, departed this life at 9:58 a.m. on Wednesday, Aug. 21, 2013, at Lakeview Regional Medical Center, when the Lord came and embraced him in His arms of love and took him home to be with Him.

He was born in New Orleans on Jan. 7, 1953, to James Curtis Simmons Sr. and Josie Simmons Route of Folsom. He was the eldest of four children. Two of his sisters, Janice Simmons Garrett and Debra Simmons, preceded him in death.

In his senior year of high school, Lucius was drafted into the U.S. Army, and was given an honorable discharge for the seven years and seven months he served. He later entered law enforcement and was employed by St. Tammany Parish Sheriff’s Office and Folsom Police Department for several years. Following his passion for landscaping, he established his own business, Simmons Nursery and Landscaping, which he operated until his health began to decline. He relinquished his business and began to work as a security guard for Vinson Security. Lucius, with his infectious smile and his captivating personality, touched many lives through his work in the community.

Visitation will be held on Monday, Aug. 26 from 3-5 p.m. at Crain and Sons Funeral Home in Franklinton. Visitation will continue on Tuesday at Holmeville Missionary Baptist Church in Folsom from 9 a.m. until time for the funeral service at 11 a.m., with the Rev. Calvin Jackson, pastor, officiating. Interment will follow in the Folsom Community Cemetery.