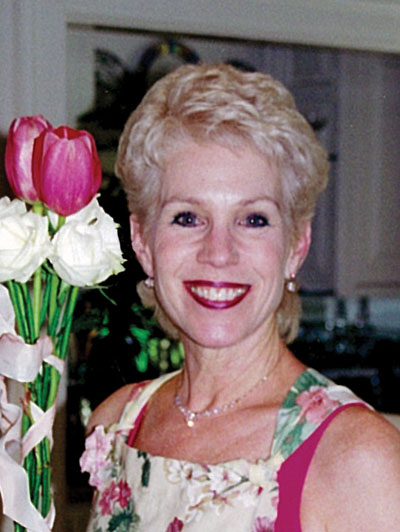 Carol Evelyn Cassidy Bush passed away on Monday, August 26, 2013, at Christwood in Covington. She was 68 years old.

Born on in Los Angeles on Aug. 17, 1945, she was a lifelong resident of Bogalusa. Carol was a much-loved member of the community and was known for her generosity and community service.

The wife of Nathan W. Bush, granddaughter of early Bogalusa pioneers J. H. and Mable Burke Cassidy, and daughter of former Bogalusa mayor Charles J. Cassidy and Evelyn Cassidy, she was very proud of her Bogalusa roots and worked hard in many capacities to enhance Bogalusa’s culture, education and image.

Carol graduated from Bogalusa High School in 1963 and received a Bachelor of Arts degree in elementary education from the University of Mississippi in 1967. She taught school for a number of years in East Baton Rouge, Livingston and Plaquemines parishes. Following her marriage to Nathan W. Bush in 1968, she continued to teach, and in 1972 the couple returned to Bogalusa where Nathan pursued a career in banking and entrepreneurial enterprises and Carol remained active teaching.

As a longtime member of Beta Sigma Phi/Circle of Friends, Carol was instrumental in initiating a mother/daughter Mother’s Day luncheon, a Gingerbread Christmas Brunch and a scholarship fund.

For 12 years she was a co-director of Smokey Creek Summer School for Girls and hosted the girls at her home, Honeysuckle Homestead. In 1989 she chaired a South Border Drive Historical Walking Tour for the 75th Bogalusa celebration. In addition, many children of friends and family enjoyed time at “Camp Bush” when they would visit and explore Bogue Lusa Creek and enjoy making arts and crafts on the creek bank at her home.

Always civic minded, Carol was a member of the Bogalusa Civic League, Ingleside Quorum and the YWCA Board. She was also a member of the Mash Mardi Gras group and the Golden Girls. She served as Queen MCCA XIII and the 2012 Lagniappe Queen. In addition, she served as chairman of the City Beautification Project, initiating the “Adopt-a-Site” program pairing civic groups with high school social clubs. In 1996 she represented Bogalusa as an Olympic Torch Bearer.

Carol was a lifelong member of Annunciation Catholic Church and served the church in many capacities, most recently as Reader.

Visitation will be Wednesday, Aug. 28 at Annunciation Catholic Church from 9-11 a.m., before the funeral Mass at 11 a.m. Interment will follow at Ponemah Cemetery. The rosary service will precede visitation at 8:30 a.m.

It is the wish of the family that in lieu of flowers, memorial gifts be sent to Annunciation Catholic School or St. Jude’s Children’s Hospital.

Poole Ritchie Funeral Home is in charge of arrangements.